Gramsci, Öcalan and the Postmodern Prince 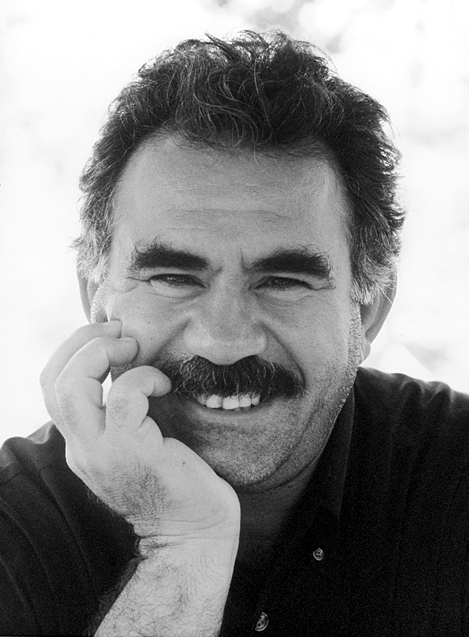 “Machiavelli wanted to create the ideal prince of the Middle Ages with his work “The Prince”. Alluding to Machiavelli’s princes, Gramsci modified this in the spirit of the revolutionary party, the leadership of the revolutionary party, its strategy and tactics. While the Prince of Machiavelli defines the characteristics of a successful prince, Gramsci lists the characteristics of the revolutionary party and its militants. Gramsci makes important analyses on the question of how socialist political organization must take place. I myself have actually adapted the modern Prince from Gramsci to democratic modernity and its truth-loving militants. Actually, there are considerable similarities between Gramsci and me.” (Abdullah Öcalan)

Italy experienced the first years after the First World War in a very turbulent way. After the “two red years” 1919-1920, fascism turned to attack and responded with the “black years”: in 1921 and 1922 fascist paramilitaries terrorized the left, socialist and unionized movements and killed hundreds of people. Benito Mussolini used the moment to found the National Fascist Party. With the support of the middle class and industry he became Prime Minister in 1922 and gradually buildt his fascist dictatorship.

Under such conditions Antonio Gramsci faced danger, elected to the Italian Parliament in 1924 as a member of the Communist Party. Only two years later, despite parliamentary immunity, he was arrested by the fascists. In the same year, all elected municipal councils were abolished, the municipalities were placed under the forced administration of a mayor appointed by the prefects, all remaining anti-fascist, left-wing, socialist and democratic organisations were banned, the press was silenced, 123 opposition MPs were stripped of their mandate and the Communists were arrested. The “Law for the Defence of the State” introduced the death penalty for “political offences”.

Gramsci was not tried until 1927, after one year in prison. The prosecutor expresses the danger Gramsci poses to the fascist dictatorship with these words: “We must prevent this brain from functioning for twenty years”. Gramsci is sentenced to twenty years, four months and five days in prison.

The aim was to render this impressive mind functionless under severe prison conditions. But Gramsci succeeded – just like Öcalan – in realizing the paradigmatic rebirth with great willpower and intellectual strength. His 932 notebooks written in prison, in which he subjects the left to criticism, analysing the conditions under which fascism arises and seeking a way out, are the result of this intensive intellectual creative process.

One of the most important key words in Gramsci’s theory, developed under prison conditions, is his concept of hegemony. For Gramsci, the term hegemony does not only stand for power or domination. Rather, he attempts to use this term to analyse the relationship between state and society. In this context he defines the state as “hegemony armored with coercion”. But for Gramsci, hegemony is not only established through an apparatus of coercion, it is also based on social consensus, and accordingly has an extensive ideological dimension. What Gramsci expresses with “social consensus” is extended by Öcalan with the concept of “ideological hegemony”. Öcalan thus analyses the systemic and historical connection between power and ideological hegemony. He even attaches greater weight to ideological hegemony.

The Kurdish popular leader Abdullah Ocalan uses the terms “capitalist modernity” and “democratic modernity” in developing his own theory. He writes: “The Modern Prince of Gramsci represents the socialist version of Machiavellian princes. Now change this into the Prince of Democratic Modernity. I think something beautiful would come out of that. Ehmedê Xanî[1] also designates Mem as a prince. But our memes and interest were all defeated. We must create invincible Mems and Zins.”

The dictatorial regime built up today by AKP fascism is pure hegemony. Abdullah Ocalan has foreseen the current events as follows in his defence paper entitled “The Kurdish Question and the Solution of the Democratic Nation”, which he completed in December 2010: “The AKP’s seizure of power represents a new hegemonic phase for the Turkish state. The 80-year-old “White Turkish Hegemony” of the Republic is slowly and painfully handing over its place to the Republic’s “Green Turkish Fascism”, which pretends to be moderately Islamic. Of course, this does not mean that the state is completely conquered, but the way to do so has been taken. Green Turkish Fascism with its centre in Konya-Kayseri is slowly but surely moving forward to become the new hegemonic power of the Republic instead of White Turkish Fascism with its centre in Ankara. It is already openly planning to celebrate the 100th anniversary of the foundation of the republic in 2023 under this hegemony.

This new hegemonic power can only be stopped by building a counter-hegemony. The Kurdish people and the Kurdish freedom movement is trying to do just that. In this sense, the Kurdish self-governing resistance can also be read as resistance for the creation of a counter-hegemony. With ordinary protests, this phase cannot be overcome and passed through. Under the leadership of the AKP, a fascist hegemony is being built up rapidly. The attempt to stifle the Rojava revolution in Kobanê with the support of the IS, the total war that has started with the air attacks on guerrilla areas, the destruction of the Turkish left with the massacres in Suruç and Ankara, the curfews and massacres against the declarations of self-government and democratic autonomy, the arrests of co-mayors, the appointment of forced trustees, mass arrests on the level of a political genocide, the shutdown of the press, the arrest of HDP members and the closure of Kurdish and democratic associations by decree must all be interpreted as steps in the process of building up fascist hegemony.

In one point the Turkish fascist hegemony is quite successful: the development of ideological hegemony. This ideological hegemony leads to the fact that the entire masses, which are the target of this hegemonic power, simply do not understand the core of this hegemony properly. Some circles still believe that sooner or later the AKP will return to the negotiating table and respond to the potential reintroduction of the death penalty with words like “Oh no, they won’t go that far”. But they are not aware of the fact that today’s developments in Turkey are hardly any different from those in Germany in 1933. The genocide, on the other hand, has long since begun. The only way to stop this genocide is to build up a strong counter-hegemony with the aim to smash the fascist hegemony. There is no other way.