Solidarity keeps us alive! Campaign for the release of political prisoners 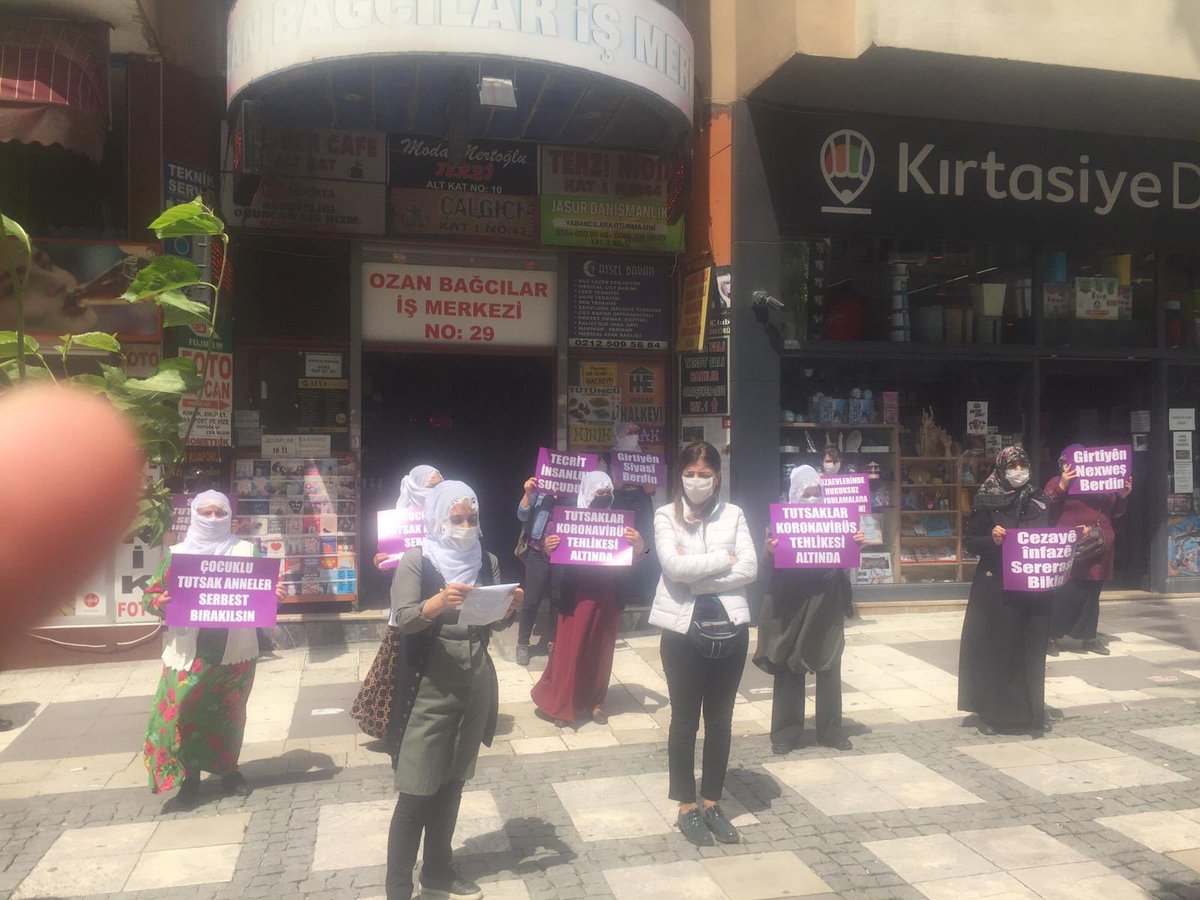 A press conference was organised  by the Democratic Regions Party (DBP) at its headquarters to explain the campaign.

TJA spokeswoman Ayşe Gökkan spoke in Kurdish and said that the coronavirus epidemic is the ” result of the attack on nature and society carried out by the capitalist modernity system which is interested only in getting maximum profits”.

Gökkan added: “Many states see the coronavirus as an opportunity and use it to attack the most vulnerable people in the society, that is, the people that they have ignored so far, especially prisoners and the elderly. In particular, opposition and political prisoners are left to die, excluded as they are by the release laws issued to prevent the spread of the virus in prisons.”

Gökkan continued: “We ‘outside’ should defend our insurgent sisters ‘inside’, together with the opposition, revolutionary and political prisoners in this process, and protect their lives. We call on everyone to join the campaign to release the political prisoners.”

Gökkan said the objectives of the campaign are as follows:

The campaign events will be shared on this website

The campaign organisers are:

Revolutionary Association of the Women of Afghanistan RAWA

Collective of Support for Women Prisoners in Aragon (C.A.M.P.A.)