Between March 11 and May 10, the police intervened in 8 events organized to protest the government’s measures on the Covid-19 and 42 people were detained. In addition, an investigation was launched against two members of parliament for their critical statements on Covid-19 measures 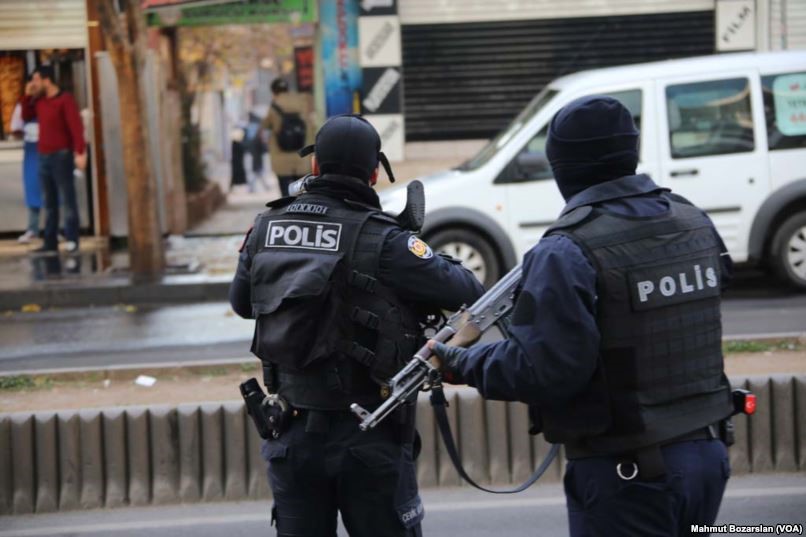 Using the pandemic as an opportunity to reinforce its authoritarian rule, the Turkish government is furthering its crackdown on any kind of democratic opposition in the country, the HDP in particular. It is now almost a taboo to criticize the government’s policies on the economic crisis or public health in the context of the COVID-19, let alone burning questions like the Kurdish issue or military invasions into Syria.

A couple of examples of the crackdown are in order. According to the Human Rights Foundation of Turkey (TIHV), between March 11 and May 10, the police intervened in 8 events organized to protest the government’s measures on the Covid-19 and 42 people were detained. In addition, an investigation was launched against two members of parliament for their critical statements on Covid-19 measures, one of them claiming that the government has been hiding the truth regarding the cases of coronavirus in prisons. According to the Ministry of İnterior, as of 5 May 2020, a total of 7,127 social media account were investigated due to posts regarding the COVID-19 that allegedly caused panic and chaos among the public, 496 people were detained and 10 arrested. Besides, before and on the Labor Day (May 1st), at least 64 people were taken under custody arbitrarily, including presidents of some of the biggest trade unions in the country.

In addition to these mostly pandemic-related assaults on the democratic society, the more violent wave of repression on the HDP goes on. In March and May, 13 more HDP municipalities were seized and appointed governors unlawfully replaced our co-mayors. With these, the total number of seized Kurdish municipalities reached 51 (out of 65 won by the HDP in March 2019). Over the last two months, 16 HDP co-mayors were detained and 4 of them were arrested and sent to prison. Recently, on 20 May 2020, in front of HDP’s Ankara office, the police violently intervened in a peaceful protest against the removal of HDP mayors. The protestors were badly beaten up in front of cameras and 9 of them were taken under custody; Mr Nihat Akdoğan (former HDP deputy), Mr Veli Saçılık (HDP Central Executive Board member), Mr Alişan Şahin (HDP Party assembly member), and Mr Vezir Coşkun (HDP’s co-chair for Ankara province), among them. Mr Coskun was badly injured in the head and hospitalized. The protestors were released later. Next day, on May 21, the police again assaulted Mr Vezir Coskun and HDP MP Mr Omer Faruk Gergerlioglu, when they were having a press statement in front of HDP’s Ankara office on the removal of Kurdish mayors and the police attack on HDP protestors the day before.

And on 22 May 2020, the police violently raided several houses and took under custody 18 people in Diyarbakir — 13 women and 5 men. This specific operation mainly targeted female Kurdish politicians and activists associated with the Rosa Women’s Association (RKD), the Free Women’s Movement (TJA), Democratic Regions Party (DBP), and the HDP. The police also raided the office of the RKD and confiscated their official documents in the absence of their lawyers. The RKD was established after all women’s organizations in Diyarbakir were banned and shut down under emergency rule in 2016. It is the only women’s organization in the town involved in support work and struggles against violence against women. The people taken under custody include many key figures of women’s activism in Kurdish provinces:

Of these, Ms Zelal Bilgin, Ms Ayla Akat Ata, Ms Nevriye Çur, Ms Nazire Tursun and Mr Huseyin Harman were released with judicial control, while Ms Havva Kıran was put under house arrest. The remaining twelve persons were arrested and sent to prison with groundless, arbitrary and even irrational charges. For example, Mr Celal Yoldaş and Mr Mehmet Aslan were accused of being “secret members” of the Rosa Women’s Association. And women detainees were asked questions like “why they organized celebrations of the International Women’s Day (March 8),” “why they made critical statements to the press about the replacement of HDP mayors by government-appointed governors,” “why they supported activities of Peace Mothers pressing the state to accept demands of hunger strikers?” or “why they held banners against the government during the campaign for Gülistan Doku” (a 21-year-old female Kurdish student at Munzur University in Dersim (Tunceli) who has been “missing” since 5 January 2020.)

Governments across the planet are busy with using all means and resources at their disposal to fight the pandemic and protect their citizens. In Turkey, however, President Erdoğan has seized the pandemic as a golden opportunity to expand the crackdown on its political rivals and dissenting citizens. Despite this, there are still millions in the country who keep fighting both the pandemic and authoritarianism on a totally uneven playing field.

Once again, we would like to invite the international community to not remain silent against the Turkish government’s using the pandemic climate against its own dissenting citizens and towards consolidating its authoritarian rule.