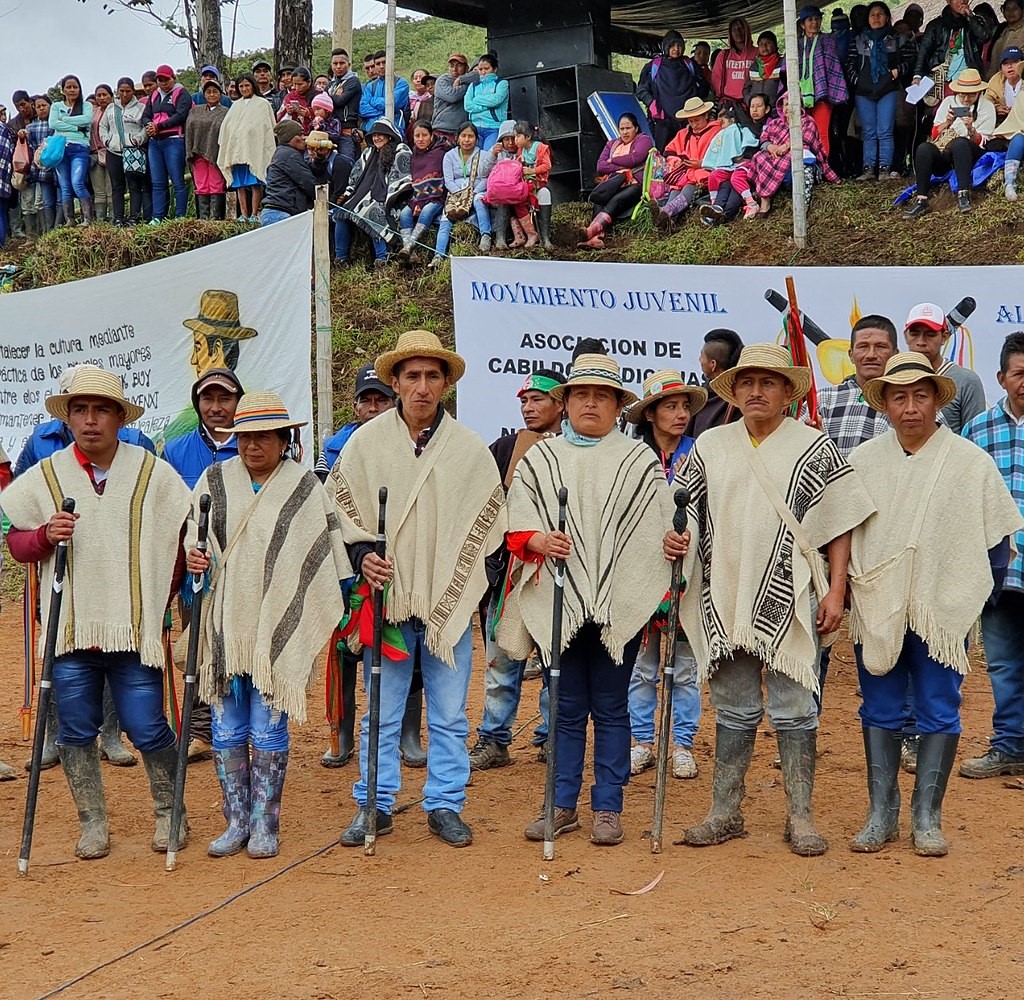 On July 7, unknown assailants shot and killed Rodrigo Salazar, the indigenous governor of Llorente, a town on Colombia’s Pacific coast, and a member of the Awá ethnic group. His death is one of the latest in a list of 170 murders of social leaders and human rights defenders in Colombia this year.

According to NGO Somos Defensores, the number of homicides against rights defenders has increased by 88 percent compared to the same period in 2019. During the COVID-19 quarantine, an estimated 78 human rights defenders have been killed. According to a UN report, more human rights activists have been killed in Colombia than in any other Latin American country since 2016.

These human rights defenders are members of farmers’ organizations, indigenous land reserves, and Afro-descendant associations and unions. Their work—related to the farmers’ symbolic and legal right to land, the defense of human rights, respect for ancestral culture and the conservation of water and forests—has made them the target of violence.

In a virtual meeting in May, leaders denounced the lack of resolution and coordinated actions by the Colombian government to protect their lives, especially during the COVID-19 health emergency. Likewise, Attorney General Fernando Carrillo and the United Nations agreed to repudiate the human rights’ violations.

Mobilization of indigenous and Afro-descendant peoples

Over the years, indigenous and Afro-descendant communities have mobilized to defend their collective territories. Indigenous, maroon (members of the black community who are descendants of escaped slaves) and farming communities organize guards whose role is self-protection and restorative justice based on tradition and community law.

In the southwestern Cauca region, indigenous guards and maroon guards have existed since 2001 and 2013, respectively, but with COVID-19 and rising levels of violence against community leaders, the guards have been working even harder.

During the COVID-19 quarantine, for example, the indigenous guards control the movement of people in their communities with biosecurity measures, and they are also in charge of supplying food to the residents.

For indigenous groups, exercising their right to self-determination has led to confrontations with local authorities, landowners, public forces and groups outside the law. So far this year, an estimated 47 indigenous leaders have been killed.

The government’s response to the security situation has been to increase the military presence in at-risk areas. But, as Hermes Pete, the leader of the Regional Indigenous Council of Cauca, said in a press conference on June 5:

“ The answer should not be force. The militarization of the territory generates more panic and anxiety. What is needed is social investment and fulfillment of the commitments of the Peace Agreement.” (Original Quote)

One of the reasons for the violence in the rural areas in Colombia is dispute over land. During the 1990s and 2000s, thousands of peasants were stripped of their plots and violently displaced by paramilitary and guerrilla groups, while the state remained passive. The land belonging to landowners and drug traffickers was used in extensive livestock businesses, agro-industrial projects and mining.

At the end of 2016, the FARC—the oldest guerrilla group on the continent—and the Colombian government signed a historic peace agreement ending the bloody armed conflict that had gone on for more than 50 years. But achieving lasting peace requires compliance with the commitments of the peace agreements, said Alirio Uribe Muñoz, a human rights expert at the José Alvear Restrepo Lawyers’ Collective, during a WhatsApp interview with Global Voices.

Victim restitution programs, support for the countryside, fair access to land, dismantling of armed groups, and participation of communities in the country’s political decisions are needed, explains Uribe Muñoz.

During a press conference, Mejía, leader of the Association of Community Councils of the North of Cauca, denounced the aggression against land defenders:

“Every day we wake up with the news that a colleague had to leave or that he was killed. And this makes you think: is this the last day for me, too? This is a campaign of fear and terror in order to silence us.” Original Quote

Today, illegal armed groups of drug traffickers, paramilitaries, and dissenting guerrillas are fighting to control strategic territories for drug production and trafficking. These groups see social leaders and human rights defenders as obstacles to their economic and military objectives.

Coca cultivation has been the sustenance of the farming economy in the mountainous and jungle regions that are often neglected by the state. In those areas, the social leaders, within the framework of the peace agreements, have joined and promoted programs so that the farmers substitute crops used for illegal substances with legal crops.

But, without prior consultation with the communities, the government decided to accelerate the forced eradication of illicit crops during the quarantine months. This situation has caused protests, confrontations, displacements, and more violence against social leaders and their communities.

Alirio Uribe Muñoz points out that:

“While the leaders [in coca-growing regions] have convinced hundreds of neighboring families to substitute their crops, the government has not supported the development of local agriculture, has not invested in productive projects or ways to bring their products to market.” (Original Quote)

According to Uribe Muñoz, the leaders find themselves pressured by desperate farmers, threats from illegal drug-trafficking and paramilitary groups that oppose the substitution, and they are also harassed by the public forces sent by the government to forcibly destroy the crops.

Human rights leaders and defenders have consistently called on the government and international agencies to improve protection systems, and they have also insisted on the demilitarization of their territories, the investigation and uncovering of crimes, and compliance with the peace agreements.

“Protection cannot be reduced to just physical protection. The government provides cell phones, bodyguards, and bulletproof vests. That’s all good, but people can’t have only those individual protections in the field. Protection must also be social, collective.” (Original Quote)