Türkmen visited Timtik in Silivri Prison 6 days ago and said that she has found her very weak. Her face bones were visible and she had difficulty in focusing 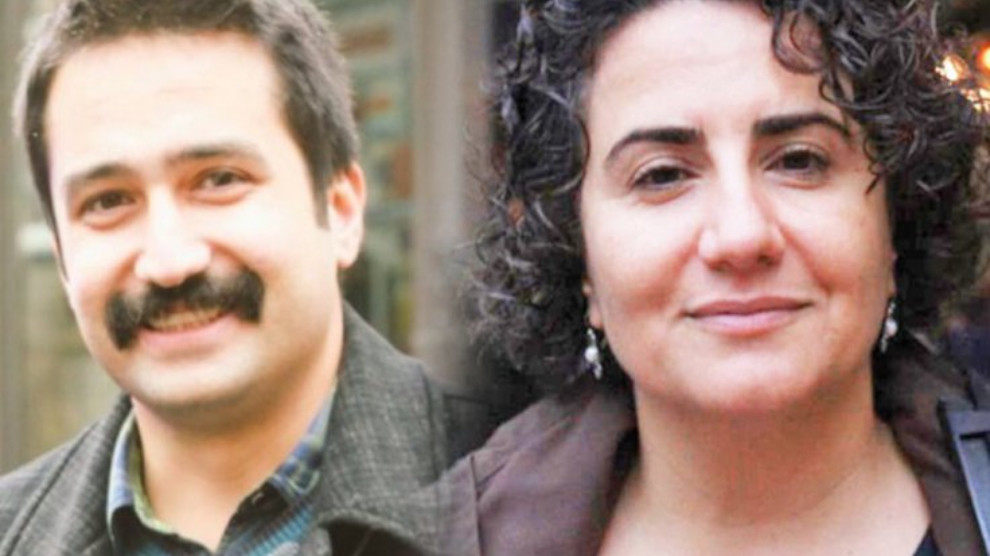 Attorney Yaprak Türkmen pointed out that her colleague Ebru Timtik’s health has worsened. Timtik had been on death fast for 183 days demanding a fair trial and is just 41.

People’s Law Office (HHB) lawyers Ebru Timtik and Aytaç Ünsal, have been sentenced to years of imprisonment on the basis of the statements of an informer. lawyer Yaprak Türkmen spoke to ANF and said that her colleague Timtik has been on death fast for 183 days and her health has gradually deteriorated. She added that Timtik is now weighing just 41 kilos.

Türkmen visited Timtik in Silivri Prison 6 days ago and said that she has found her very weak. Her face bones were visible and she had difficulty in focusing.

Türkmen added that Timtik had demanded rock salt and various types of sugar but she was given these products late and because he was given only a small amount of granulated sugar by the prison administration, her body by now accepts neither granulated sugar nor normal salt.

Türkmen added that Timtik has wounds and added: “The demand of Ebru to buy different types of sugar from their own canteen with the exception of rock salt and granulated sugar was not met for a long time. However, the outer canteen can be used by all prisoners and convicts. Even this right was violated in her case.”

Reminding that her colleagues Ebru Timtik and Aytaç Ünsal are on death fast demanding a fair trial for both them and their clients, Türkmen added: “Ebru and Aytaç are not protesting only for their own cases, but also for that of their clients who lost their lives on death fast, Grup Yorum members Helin Bölek, Ibrahim Gökçek and young Mustafa Koçak.

“Because ultimately, – said Türkmen  – Bölek, Gökçek and Koçak lost their lives due to injustice. Therefore, our lawyer friends are asking for all political proceedings to be fair.”

Türkmen reminded that the Supreme Court has examined the case, however no development has been registered so far.

Türkmen emphasized that “we have reached this point step by step. Defense rights were restricted not only during arrests but also in courts. Lawyers were arbitrarily excluded from the hearings by the heads of the courts. We have to say that law is not applied. We are demanding to implement at least the existing law. Our friends are on the death fast asking for this.”