Home > Talking Kurdistan > An interview with YPG/YPJ commander Meryem Kobane, on the anniversary of the Rojava Revolution – PART ONE 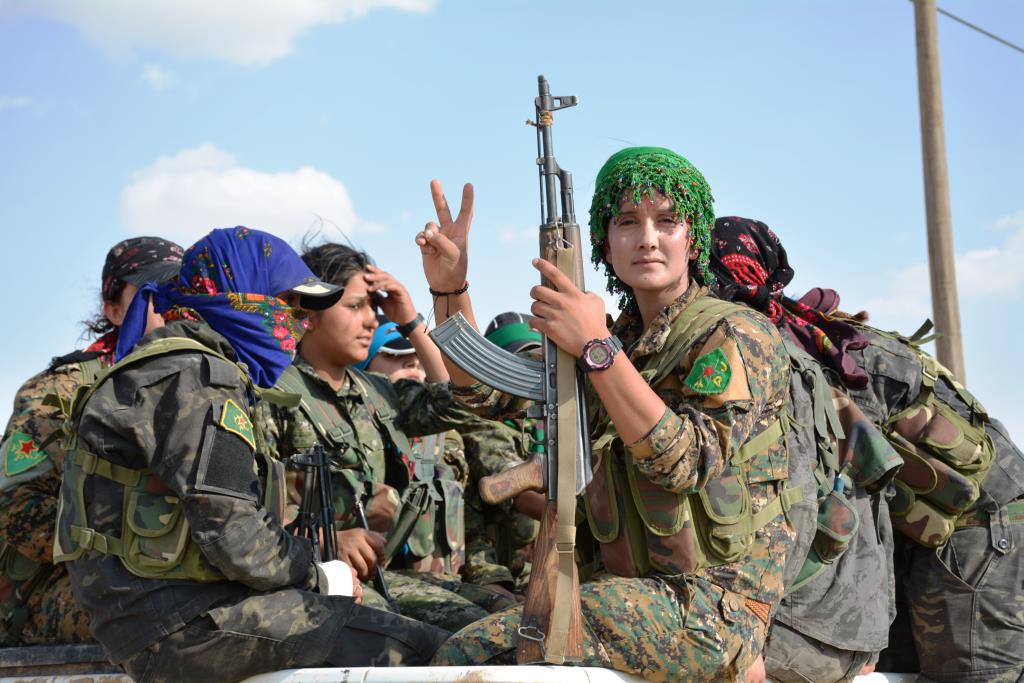 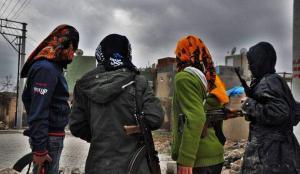 First of all, I remember with great respect and gratitude all the revolutionary martyrs who fostered the Rojava revolution with their blood. I express my gratitude to all the veterans of the Revolution, and I hope they will regain their health. I respectfully greet those who labor for the revolution in both its material and spiritual dimension.

The Rojava Revolution was born from its ashes

Women have been trying to organize themselves against the male-dominated mentality of the system for thousands of years. There have been no major breakthroughs. The desired output could not be realized. This however first changed with the Rojava Revolution. Despite all the obstacles of the capitalist, colonial system, the Rojava Revolution has developed and is developing as an antidote to the capitalist system itself. It is developing as an alternative to existing systems. Because it was born from its own ashes. The Kurdish people are an ancient people. These people were made unrecognizable by detaching it from its reality, essence, language, identity, existence, in short from everything. Its country was divided into four parts. They were exiled all over the world. And yet this people has been able to overcome all these difficulties and make its revolution. It was surrounded by colonialism on each of the four sides and was born by fighting also the international supporters of this colonialism. Indeed Kurds have not just found ISIS on their way, or Syria, Turkey, or Iran. ISIS was the concrete form of colonialism and international hegemony. It was not easy to beat them.

The Rojava Revolution is a New Beginning for People and Women

In other words, when people take part in this revolution, they can understand better and see why all the sovereign, colonial systems are so afraid of this people, why they fragmented it so much, why they left it in such a difficult situation. Especially as a woman, especially with Öcalan’s philosophy, we can see what is happening better. Obviously the Rojava Revolution is a new beginning for peoples and societies. Likewise, it is a new beginning for women. I also consider it as a new beginning from my own perspective.

The main architect of the Rojava Revolution is Öcalan, the Peoples’ Leader

Of course, it was important to take part in the founding process of the revolution. It was important to deliver the truth. The first seeds of the Rojava Revolution were not laid with the Rojava Revolution. Before that, Öcalan, the Peoples’ Leader, underwent 25 years of effort in Rojava, in Syria. This cannot be forgotten. In Rojava, it is great to meet hundreds of people, thousands of people and see how they got to know themselves and how they claim their existence, especially it is good to see how women claim their will, and how this revolution means to recreate itself by getting people to take courage not only with war, but also in every aspect of its intellectual, philosophical, organizational dimension and achieved the unity of peoples. In this respect, the main architect of the Rojava Revolution is Öcalan, the Peoples’ Leader. The Rojava Revolution, or the process of self-re-creation, began before the revolution.

For this reason, it would be a mistake to address the revolution only through the war process without seeing all these previous efforts. Revolutions are not born in a day as it is thought happens in the Middle East. They develop with the effort and work of great leading figures. We know of what was called the Middle East Spring, or the Arab Spring, but there is still no desired result. Revolutions are not easy in the Middle East. There has been an intellectual colony in the Middle East for years, there is a mentality of fragmentation and division. Today, this policy is widely applied. The people of the Middle East, who can claim to be the first creators of socialism, are wanted to be broken down. Sometimes this is done with nationalism, sometimes with religion, sometimes with identity. Whatever belongs to women, which we define as the first nature, is played about by the rulers. All kinds of immoral policies are being developed to take women away from their nature and essence. The whole world has seen what ISIS does to women. The Rojava revolution said ‘stop this’. In this respect, the Rojava Revolution did not just develop for Rojava. It was developed for peoples and women all over Syria. So the Rojava Revolution has put a point in this trend. This wave spreads to reach a humanity of the whole world.

On the other hand, it is necessary to state this: The Rojava Revolution did not start only with the ISIS war. In other words, it started with an intellectual-social, free women war. At first, the Rojava Revolution started its own war within itself. It started against its own backwardness, against injustice, discrimination. It started by organizing in communes in the streets, neighborhoods, villages and cities, especially in order to develop equality, to improve equality between women and men. Like a snowball, it grew slowly, from small to big.

The Rojava Revolution has entered its 8th year since the victory in Kobane. But as we know it is still under great attack. What is under attack is the possibility to attain a status. This is unacceptable. In fact, this is a great shame for today’s world. Slave peoples, a slave society and a slave woman are tried to be imposed. So ISIS imposed this policy which is the same policy imposed by Turkey. The war continues in Rojava against such politics and mentality. So the danger did not pass, it is still very much alive. But look, the war in Rojava was not just for the Rojava people alone. This war was fought for the entire humanity. ISIS mercenaries from 70 countries came and fought in Rojava. But in Rojava too came internationalists from over 60 countries to fight with and for the revolution. When we think of that, we see that the Rojava Revolution is not an ordinary revolution. In this respect, it is an internationalist revolution. This is a revolution of the age.

Attempt to keep the Rojava Revolution in isolation

The Rojava Revolution started with the leadership of women. There are important developments. However, there are shortcomings too, of course. In other words, it does not mean that we do not see the empty side of the glass while talking about the full side of the glass. The important thing is how we can work and eliminate those existing deficiencies. For example, the first problem is the architect [Abdullah Ocalan] of the revolution, the person who created this philosophy and paradigm. He is still in isolation. So the revolution is in isolation, women are in isolation.

To stay quiet about this isolation means to give ISIS the possibility to grow. 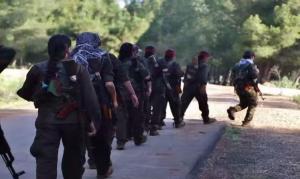