Home > Magazine > Cultures > Culture of Liberation > David Graeber: A most Important Revolutionary Intellectual of our Times!

David Graeber: A most Important Revolutionary Intellectual of our Times!

David Graeber has suddenly and unexpectedly passed away on September 2nd, 2020. His early death is a profound loss for us all. We extend our deepest condolences to his family, all his friends and everybody close to him 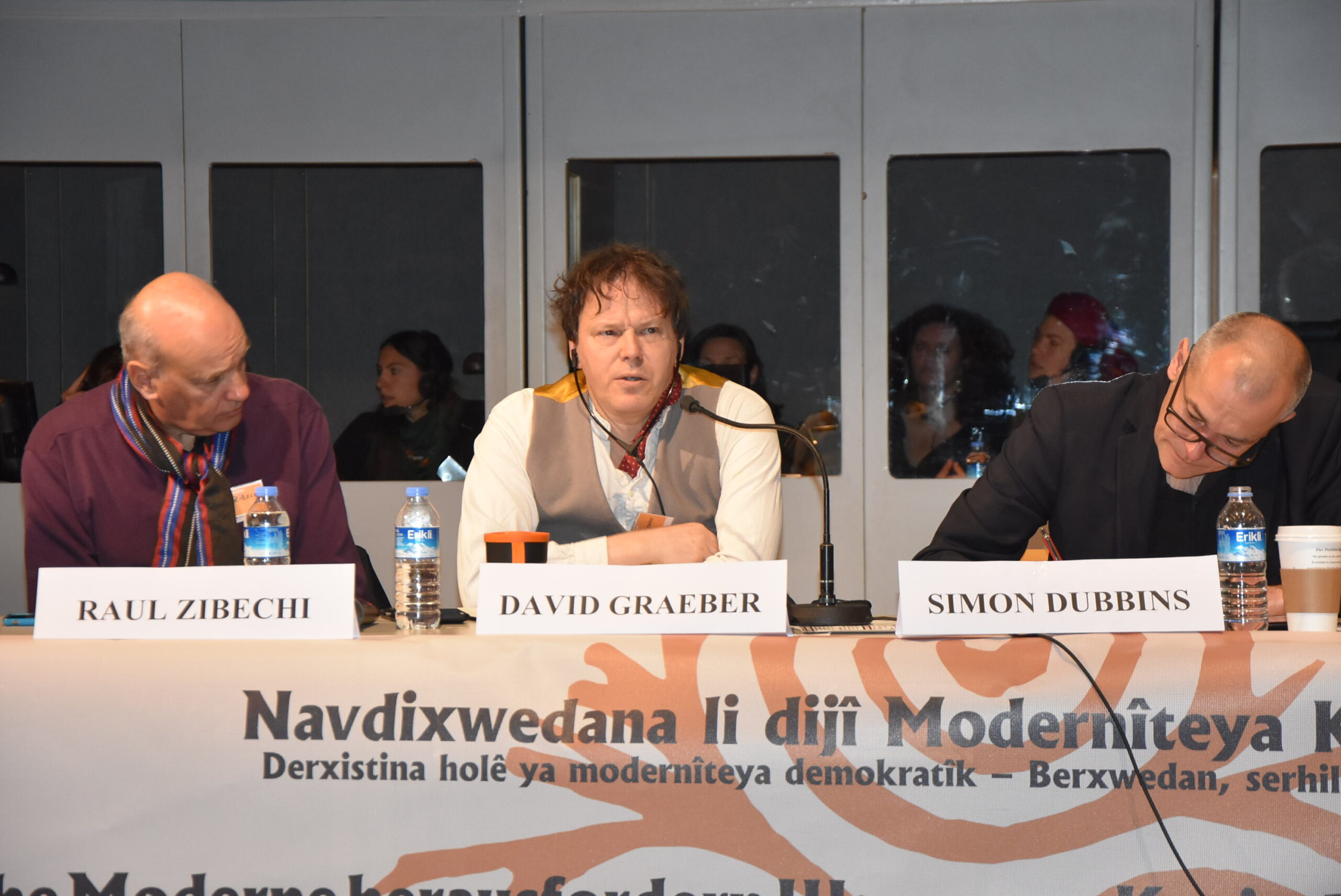 If there was one thing about David Graeber that stood out, it was his insistence on seing things differently. He was able to bring things together in absolutely novel ways and shed new light to phenomena that we took for granted. His unmatched creativity led him to extend over different disciplines and time periods.

David was a revolutionary and visionary without doubt, be it in the context of Occupy Wall Street, or the Revolution in Kurdistan, especially in Rojava. Whenever the oppressed were trying to take things into their own hands and build something new, David was there to support these efforts whether through theory or through direct action. And while doing this, he took on the world, and if need be the whole left. This could be seen in his different way of approaching the Kurdish people. More than five years ago David said for the Rojava Revolution: “No, this is a genuine revolution!”, and he entered into indirect dialogues with Abdullah Öcalan through his essay on the political philosophy of Öcalan. In his essay in “Building Free Life: Dialogues with Abdullah Öcalan” he wrote:

“Academics are not only expected to avoid engagement with politics […] One form this takes is the refusal to believe that anyone who has taken any sort of effective political action in the world can also make important contributions to human thought. At best, they can be an object of analysis. They cannot be seen as engaging as equals in the development of ideas […] It is hardly surprising, then, that contemporary intellectuals for the most part have no idea what to do with the ideas of Abdullah Öcalan.”

We have known David personally since 2012 when he first presented the German translation of his fabulous book “Debt: The First 5,000 Years” in Cologne. Since then we have developed a strong friendship. He contributed much to the understanding of Kurdish freedom movement’s intellectual corpus by international audiences, and in turn also strengthened our thinking through his own analysis.

David was the kind of activist-intellectual that our world urgently needs. He not only had a kind heart and a sound intellect, but he was still able to resist the academic world’s uniformity and to take on issues that may not have been popular. Deeply critical of the structures of capital and power including their expression in the academia, he was part of and supported radical movements that change society for the better.

David had yet much to contribute at this critical juncture of human history as a brilliant anthropologist, anarchist activist, a friend of the revolution in Kurdistan and an important revolutionary intellectual with unique capacities for meaning production. He will be missed by all of us. But he will live in Rojava and wherever there is free human spirit.