Day of the Imprisoned Writer: Turkish writers behind bars

Sadly Turkey once again rises to the ‘top of the heap’ when it comes to international protests and campaigns. Holding almost 300,000 of its citizens behind bars 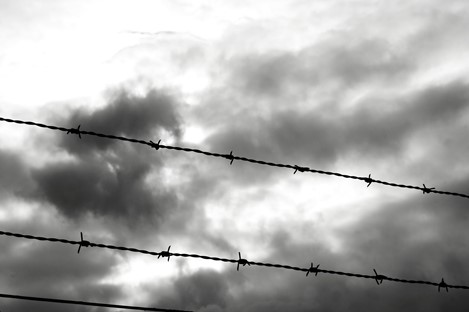 “Turkey has turned into a veritable madhouse in the last few years. I feel relieved and liberated for getting out of that insane pressure chamber.” (Sevan Nisanyan, jailed Turkish intellectual, now escaped prisoner and refugee)

Sadly Turkey once again rises to the ‘top of the heap’ when it comes to international protests and campaigns. Holding almost 300,000 of its citizens behind bars, and updated figures on its vendetta against the free speech of its journalists currently standing at: 81 convicted – 95 arrested – 167 wanted (Oct 12, 2020 figures); all of which might make you think that Nazim Hikmet – the great Turkish poet, who himself spent most of his life either a prisoner of, or a refugee from Turkish political vindictiveness – might not have got it right when he wrote so beautifully in 1955 (in his ‘Last Letter to my Son’ after his long 1,648 km journey from Tbilisi to Moscow):

are hard-working, serious, and brave

Its people are long-suffering.

But it will turn out good.

You and your people there will build Communism—

After a century struggling for social change and real (that is, radical) democracy you might wonder whether it was (and remains) all just a dream?

And yet the struggle goes on…

Now coming just after Risup 4 Rojava’s week of action, from 1 – 8 November, we are now invited to join Scottish PEN, Wales PEN Cymru, and “a number of writers and experts” to mark the Day of the Imprisoned Writer 2020.

Quoting the jailed Kurdish poet, lhan Sami Çomak – “There’s no direction here. But there is a way out. Always a way out”, the organisers write:

“In a year where we have seen further erosion of free expression across the globe and unprecedented arrests of writers, journalists and academics in Turkey, join Scottish PEN and Wales PEN Cymru as we mark the Day of the Imprisoned Writer 2020.

“Focusing on the persecution and imprisonment of writers in Turkey, our free online event will feature poetry readings, discussion and updates on the cases of:

“15th November is the Day of the Imprisoned Writer, a chance for writers, Scottish PEN, PEN International and PEN centres around the world to stand in solidarity with at-risk or imprisoned writers everywhere. Too often writers, including journalists, novelists, playwrights, poets, translators and publishers, are censored, threatened with violence, attacked, imprisoned or murdered, solely for speaking out and speaking up…”

You can read these letters below:

Global Rights is just one more voice raised in the work of putting an end to the silence that authoritarian regimes, dictators and their friends thrive on, exploit and mass produce in their industry of fear and oppression.

Sadly, in doing this we continue to witness the cruel fate of a poet like İlhan Sami Çomak, the “Poet Turkey Fears”…

Ahmet Altan, another  “Soul on Ice in Turkey’s Assault on Freedom” who wrote so beautifully facing incarceration in the hellholes of President’s Erdoğan’s dungeons: “Never again would I be able to kiss the woman I love, embrace my kids, meet with my friends, walk the streets … I would not be able to eat eggs with sausage or drink a glass of wine or go to a restaurant and order fish. I would not be able to watch the sunrise…”

…Ashraf Fayadh, the poet the Saudi regime of oil billionaires and so-called “royalty” (their fortune is estimated at $100 billion) fears: “The soldiers besiege me on all fronts / in uniforms of poor color. / Laws and regimes and statutes besiege me. / Sovereignty besieges me, / a highly concentrated instinct that living creatures cannot shake…”

…  Not to forget Dawit Isaak, the Swedish-Eritrean journalist and writer that dictator President Isayas Afeworki fears so greatly he has kept him disappeared now for 6,979 days on the 2 November, in the dungeons and torture chambers of a ”free” Eritrea…

All these writers, their families, children, lovers and friends have let us know they prefer not to be forgotten, just like the regimes who torture, imprison and terrorise them would instead like to make sure we do forget them.

To Register or check out the event:

Day of the Imprisoned Writer: Turkish writers behind bars

Oh, yes and lest we forget…

“Memet, I’ll die far from my language and my songs,

my salt and bread, homesick for you and your mother,

my friends and my people,

but not in exile,

not in some foreign land

I will die in the country of my dreams,

in the white city of my best days. (Nazim Hikmet)