Families of Er and Dağ appeal to international community

Abdurrahman Er and Mazlum Dağ were sentenced to death on 11 February 2020 by the Second Hall of the Erbil Criminal Court in the Autonomous Region of Iraqi Kurdistan . Their parents spoke to GR about the latest situation of their sons 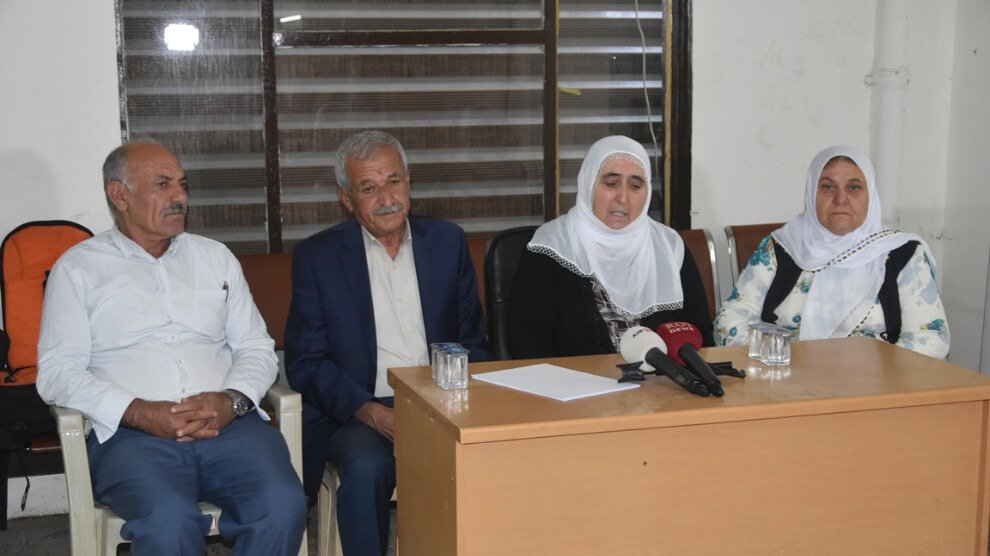 Abdurrahman Er and Mazlum Dağ were sentenced to death on 11 February 2020 by the Second Hall of the Erbil Criminal Court in the Autonomous Region of Iraqi Kurdistan – governed by the Kurdistan Regional Government (KRG). The sentence was confirmed by the Court of Appeal on 22 September 2020.

The two Kurdish citizens, together with two other people, are accused of the killing of the Turkish vice consul Osman Köse in the autonomous region of Iraqi Kurdistan on 17 July 2019 in Erbil.

A campaign has been launched in Europe as well to demand the annulment of the death penalty. The petition can be signed by sending an email to: campaigndager@outlook.ie

The parents of Abdurrahman Er and Mazlum Dağ spoke to GR about the latest situation of their sons.

Can we recall where were Mazlum and Abdurrahman arrested?

Mazlum and Abdurrahman were detained on 20 July 2019 by Hewler KDP forces. They have been detained since then.

What are the conditions of their detention? There was information that they were tortured and forced to confess after the arrest. Can you share what you know on this subject?

It was said that they were being held in a place called Hewler general asayis. We, as a family, came to Basur Kurdistan right after learning that our children were detained. We both wanted to understand the situation of their arrest and tried to get them legal aid. But we could not meet with our children. We wanted to hire a lawyer, the lawyer had to get a power of attorney to start his duty. When we went to the public order forces prison where they were held, they did not even admit that our children were there. These things were done just so that we wouldn’t hire a lawyer. Nobody was informed. We saw them for the first time after 6 months. On the first visit, we realized that they had been tortured. There were signs of torture on their bodies. They also said to us that they had been subjected to very severe torture and that they were forced to sign statements that did not belong to them and were prepared specially. It was terrible to see them like this. They came to the visit room and they did not even wear shoes. They were kept in these conditions. They were kept with ISIS mercenaries until the time we met. We could not understand this. What did the KDP tried to achieve by keeping our children with ISIS mercenaries? We had very limited communication. There have been only 3 meetings so far. There was no other meeting. Now sometimes the prison authorities allow them to have a phone conversation. They said the torture had stopped after they have been sentenced to death.

How was the trial?

Neither us nor our children are aware of the process leading to the trial. In fact, there was no open trial. A show trial was held to impose the death penalty. Our children were saying that there were people affiliated to the Turkish state at the court. At the hearing, held after months of torture, they only asked the names of our children. Other than that, they didn’t ask a single thing. We went to the gate of the court on the day of the hearing. We wanted to attend the hearing, to listen. We were not allowed in. We wanted to hire a lawyer. Many of the lawyers we interviewed did not accept as they were afraid of the KDP, some wanted to enter such a case, but that what would happen to them was uncertain. They did not allow the lawyer we had eventually found to attend neither the interrogation nor the hearing. The reality is that our two children have been tortured since they were taken into custody, they have not been brought before a fair court and they have been left without any legal aid. The Basur Kurdistan administration and the KDP decided to sentence our children to death after a single hearing to please the Turkish Republic. The objection to this decision was also rejected by the high court, without any legal, humanitarian or national standards. We learned all of these decisions from the press.

When were they sentenced to death?

Could you meet with your sons after the death penalty was upheld? How did they approach this decision?

What is your request as a family? What is your call to the European institutions and the public? A trial without a lawyer, on closed doors, secret resulting in a death penalty sentence is not a trial, it is the direct execution of an order. Therefore, this trial should be considered invalid. Our children are being held unfairly in prison. We want them released. The death penalty is defined as a crime in the world. An administration that calls itself the Kurdish Administration imposes such a punishment on Kurdish youth. Every act done from the detention period to the sentence period is a crime. Our children were tortured.

As for such an unfair and unlawful trial process, we especially call on human rights organizations in Europe to fulfil their responsibility and do everything in their hands to stop this decision. In addition, public institutions should carry out the necessary struggle wherever they are in order to cancel this wrong decision and to liberate our children. The struggle of the people and institutions should force the authorities to revert this wrong sentence.

We will do our best as families. We will work for the freedom of our children. But in this struggle, we need the support of all Kurds and human rights institutions. We expect them to answer our call.