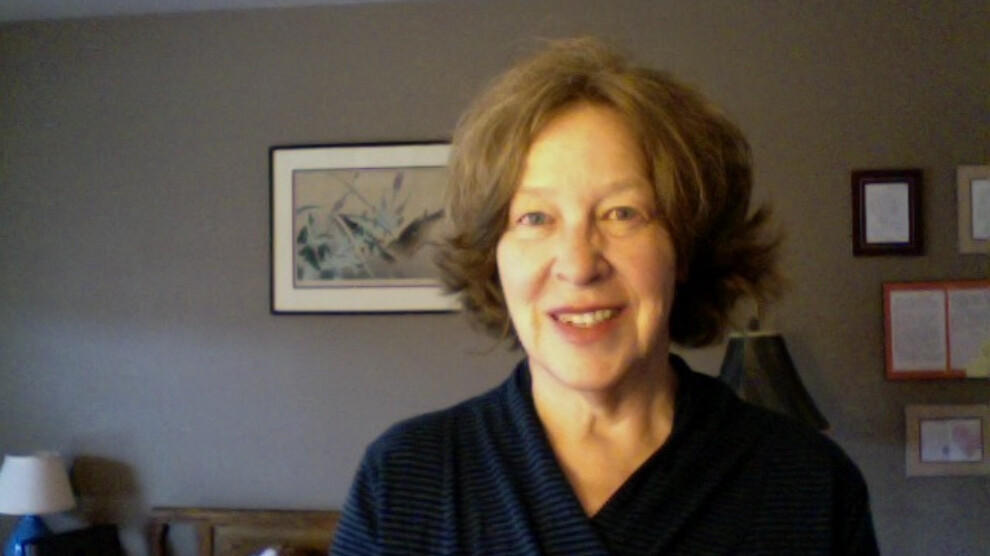 Author and artist Janet Biehl spoke about her involvement in solidarity with the Kurdish Freedom Movement.

Dr. Jeff Miley of Peace in Kurdistan interviewed author and artist Janet Biehl about her involvement in solidarity with the Kurdish Freedom Movement, including her recent engagement with the “100 Reasons” campaign.

Janet Biehl has been posting drawings of the 100 women on Twitter (@jbiehlvt) to support the 100 reason to prosecute a dictator campaign launched by the Kurdish Women’s Movement in Europe (TJK-E) as part of its fight against violence against women.

In an interview with ANF, Janet Biehl as said this about her meeting the Kurdish Freedom Movement: “At first it was through my then partner and collaborator, Murray Bookchin, here in Vermont in the United States.  In April 2004 two German solidarity activists contacted Bookchin, suggesting he have aa dialogue with the imprisoned Kurdish leader Abdullah Öcalan, since Öcalan was very interested in Bookchin’s work.  This was the first we heard of it. Murray replied that he was glad to hear of Öcalan’s interest. They exchanged compliments, Murray was too sick, tired, and disappointed for a dialogue. Öcalan went on to incorporate Bookchin’s ideas, among others, into Democratic Confederalism, which the PKK accepted sometime around 2005. After Bookchin died in the summer of 2006, the PKK assembly issued a very impressive tribute to him—they promised to build the first society on earth around his ideas.

For several years after Murray died, I was busy writing his biography (published in 2015 as Ecology or Catastrophe: The Life of Murray Bookchin). Meanwhile in 2011 I was invited to Diyarbakir, to participate in the Mesopotamian Social Forum. That conference opened my eyes to the Kurdish movement, and I have been working for it in one way or another ever since—visiting Rojava and writing about it; writing about the Bookchin connection; and translating work by German comrades into English. In 2013 I translated Democratic Autonomy in North Kurdistan and in 2016 Revolution in Rojava by Knapp, Flach, and Ayboga.

The Kurdish people live in many countries, and the Kurdish freedom movement is international. I see it as part of internationalism to translate each other’s work when possible. Personally, I live in a faraway place with few Kurds and little Kurdish activism, few meetings, or demonstrations to participate in. So my form of political practice must be different, more isolated–I make these translations.”

Author, Kurdistan, Slide, Solidarity, Top
You may also like