Home > Talking Kurdistan > The ‘Ya Star’ of the Kurds, Sakine Cansiz 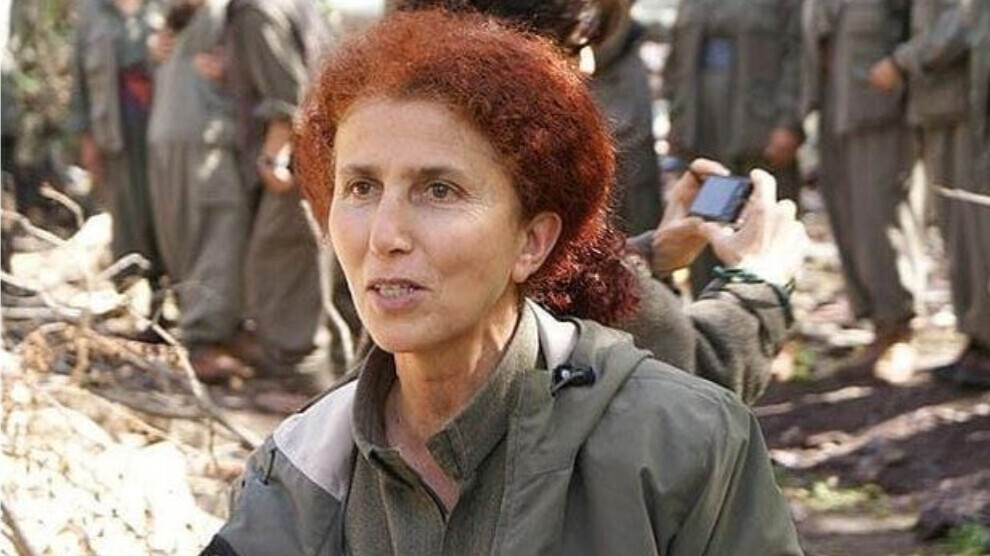 There is a lot to be said about Sakine Cansiz. However, what is more important is to understand Sakine Cansiz’s fight, to expand it, to struggle the way she did, to reject the male-dominated world, to resist, to be comrade to Leader Apo, to become free.

The fact that the 21st century is a century of women’s freedom means freedom for the whole society. Women’s freedom is the freedom of society. The fact that the century is the century of women’s freedom is a result of the women’s liberation ideology developed under the leadership of Leader Apo (Abdullah Öcalan). The level of fascism, the resistance of women against the brutality imposed on the whole society, peoples, and differences, and their leading role in social resistance, the persistence in this resistance are also an indication that this resistance will win. Women show that they will not stop until the dictator is prosecuted and convicted, fascism is overthrown and the isolation is broken, until they do not gain freedom in total.

The awakening of the women who resisted in the 20th century under the leadership of Kurdish women, the awareness they have created themselves, the gradual spread and socialization of the pioneering female character give great hope to all women and humanity all around the world for the 21st century. This hope deepens and strengthens the belief that free life will come true and it becomes the fearful dream of any dominant mindset. It is understood how much capitalist modernity and the fascist, monist, dictatorial practices – its regional collaborators of all kinds- are afraid of women’s values and creations and the dynamism of society intertwined with women’s values. All kinds of backwardness, domination, dictatorship, anti-democracy, all versions of fascism are scared of women the most.

Fascism attacks what it fears most. In this sense, the fascist Turkish state, which is the regional representative of fascism, is afraid of the resisting women, the Kurds, revolutionaries and those who struggle for democracy. Not all attacks are based on political lines. Some attacks are carried out with political discourses, some attacks are carried out with nationalist motivations, some attacks are carried out in the economic field. When the fascist powers realize that they will lose, they attack women the most and use men in these attacks. Fascism turns every man it enslaves into its own soldier and makes them attack women. Every man motivated by fascism attacks women by adopting the worst, the wildest, the most unsocial sides.

There are turning points in resistance and liberation, too. Sakine Cansiz is the strongest response to the efforts aimed at an elimination of the Kurdish women’s identity and history. The resistance she displayed in the prison, the struggle she continued to carry out, her stance that never avoided resistance and struggle in any period of her life, her insistence in freedom, the social values she created in herself and her insistence to spread these values to the whole society and all her friends and the most beautiful practical embodiment of these have elevated Sakine Cansız to a goddess level. Sakine Cansiz is the emergence of the mother woman who touched the soil and shaped the faces of people in all continents; the goddess who has always been longed for, expected and the belief in whose existence has not disappeared for a single moment. She is the reincarnation of Ishtar, Inanna or Cybele in this century.

Every society has a culture created in its history. Culture contains beliefs, traditions, aspirations, and goals within itself. When the Kurds got angry, when they were confused, when they needed a superior creator, they uttered the phrase “Ya Star” in every period of history. This discourse, this calling, is one of the rare values that the Kurds have preserved. Our language, our culture, our land, our people may have been slaughtered, shot, destroyed and subjected to atrocities that a human being barely endures. However, nobody could take away our Star. Although this Star is not an incarnation itself, it is a mentality structuring, a free life, a woman-oriented society consciousness. And this mentality has been embodied by Sakine Cansiz. Undoubtedly, there have been many women who are very close to this embodiment in the Kurdistan freedom movement. Zilan, Beritan, Nucan, Delal are also examples of Star’s embodiment in different dimensions. Sakine Cansız, the sum of our entire history of resistance, is the advent of the Star to the present day as an answer to the unabated call of the Kurds from the depths of history. It is the most magnificent realization of ‘the rise from the ashes’.

There is a lot to be said about Sakine Cansiz. However, what is more important is to understand Sakine Cansiz’s fight, to expand it, to struggle the way she did, to never accept the male-dominated world, to resist, to be comrade to Leader Apo and to become free.