Global Rights is a place of information, exchange, meetings, proposals, policies and cultural productions on the changing world, keeping global rights as a center of gravity, because global rights are the real thermometer of the economic, social, cultural, environmental, geopolitical policies the planet is going through

VICTIMS ARE NOT NUMBERS…

THE PHOTOS IN THIS ISSUE

NEW TURKISH OFFENSIVE IN ROJAVA: THE ROLE OF RUSSIA AND THE US

WHO ARE THE TERRORISTS

Victims are not numbers…

As we are going to print the devastating and disturbing images of yet another massacre carried out by Turkey are reaching us.
This time the victims are the youngest. Eight children between 3 and 15 years old hit while playing in their school yard. A school opened in exile. Because these children had fled from the Turkish aggression in Afrin, their city, in March 2018.

But the “normality” did not last long. On December 2, the lives of these children were wiped out. The verb is hard, but unfortunately it dramatically expresses well the contempt of life constantly reaffirmed by Turkish president Recep Tayyip Erdogan. On 9 October 2019, the new Turkish operation against the Federation of North East Syria began.
Accomplices of this extermination operation, everyone. The United States, which gave the green light to the attack by suddenly withdrawing its troops by order of President Donald Trump. Russia, which plays on several tables, always to the detriment of all the different peoples living in the territories of Syria.

The European Union that timidly protested in the face of the violence of the mercenaries in the pay of Erdogan. The UN, which is really pathetic in its “demand” for respect for human rights. As if F-16, armed drones, tanks, bombs, were something intelligent. And above all as if the goal of war was not annihilation …

Faced with this new massacre of the Kurdish people and the populations with mythical names that inhabit the north-east of Syria and Rojava, the Assyrians, the Armenians … only the voice of those who protest at this injustice remains.

This issue of Global Rights Magazine joins the chorus of those who are lining up alongside the Kurdish people.
We persist, paraphrasing Antonio Gramsci, in refusing indifference. For this reason we continue to denounce the crimes of the Turkish government against Rojava and the north-east of Syria but also against the Kurdish population inside Turkey and all those who oppose the government of the “new Sultan”.

And we also denounce Ankara’s continuing attacks on northern Iraq, South Kurdistan. And we denounce the Kurdistan Regional Government for the timid objections to the increasingly heavy attacks and incursions into Iraqi territory.

Turkish President Recep Tayyip Erdogan, British Prime Minister Boris Johnson, French President Emmanuel Macron and Chancellor Angela Merkel met in London at the side of the NATO summit on 3 December. The meeting ended in a stalemate, as explained in the often contradictory statements on the encounter issued by the four heads of state. If for Erdogan the meeting was “positive” for Macron “the uncertainties of the beginning” remain and for Merkel “there is a need for more meetings”. The next meeting will be in February and will again involve the four heads of state.
Meanwhile, international solidarity must make its voice heard more than ever.

Because the death of the children of Til Rifat and all other civilians (over 200 as to 4 December) cannot be “only” and once again another macabre number.

This issue is dedicated to the general secretary of the Party of the Future of Syria, Hevrin Xelef, brutally murdered by mercenaries in the pay of Turkey on 12 October 2019 and to the victims of Til

The authors of this issue:

Ersin Çaksu
Journalist with the news agency firat news. lives in Rojava. He was director of the newspaper Özgürlükçü Demokrasi.

Orsola Casagrande
Journalist. She worked for the newspaper il manifesto for 25 years. is co-editor together with sergio segio of the online magazine www.globalrights.info. She writes for the Basque newspaper Berria. She edited for the English publisher Comma Press (www.commapress.co.uk) The Book of Havana. Soon to be published again for Comma Press Kurdistan +100 and the Book of Venice.

Giovanni Giacopuzzi
Author of several books on Basque-Spanish politics, he has been following politics in Bakur Kurdistan and Rojava for several years through conferences, articles and solidarity projects. Currently collaborates with the association Threatened peoples – gesellschaft für bedrohte völker in Bolzano-Bozen.

Who we interviewed in this issue:

Sahoz Hesen
Since September 2017 he is the co-president of the PYD (Democratic Union Party). He was a member of the Democratic Society Movement (Tev-Dem), the civil society organization that carried out and led the most important changes since the victory of the Revolution of Rojava in 2012.

Meryem Kobane
The commander of the YPJ during the siege of Kobane. The city had been attacked by the Islamic State in September 2014 and was freed by the YPJ and YPG in January 2015.

Hozan Osman
He is co-president of the TEV-ÇAND cultural center in Kobane.

Sezai Temelli
Born in istanbul in 1963. From 11 February 2018 he is co-president of the HDP, the Peoples’ Democratic Party together with Pervin Buldan. Temelli is a founding member of the HDP and was a deputy for the second constituency in Istanbul from June to November 2015.
Before being elected co-president of the HDP in the third ordinary party congress, he was deputy president responsible for economic policy.
Temelli has a degree and a doctorate in finance and has taught political science and public policy at the university of istanbul.

Literature is a resistance tool Issue #8 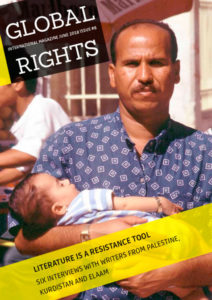 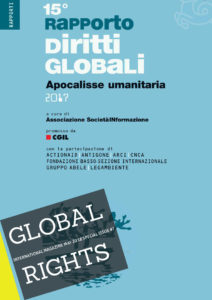 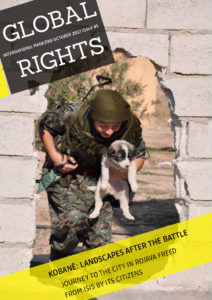 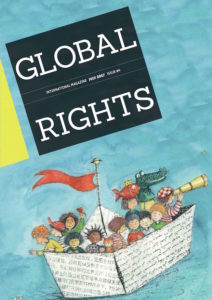 Colombia. The challenge of peace 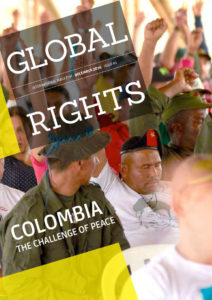 The floor is yours 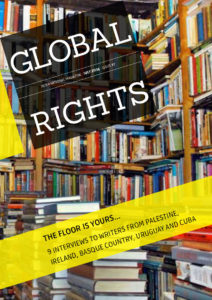 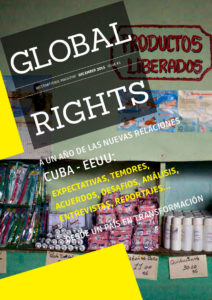