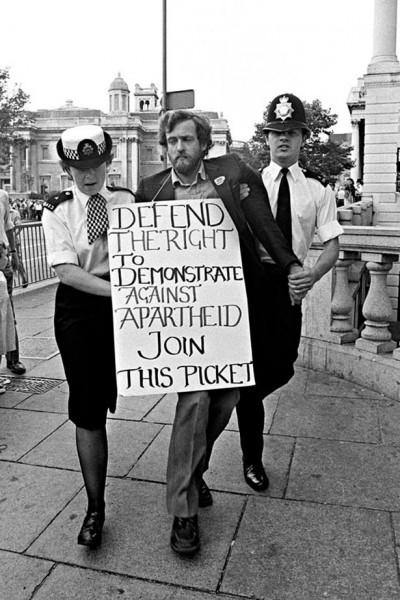 Much space in the newspaper comment pages has been given over to speculation about what a Jeremy Corbyn-led Labour party would mean for Scotland’s independence movement. To political professionals in the elite bubble, the big question is whether a left wing leadership would draw anti-austerity No voters back to Labour from the SNP.

Meanwhile, on social media, in the synapses of the independence movement’s networked brain, that question has seemed secondary. Aside from some moments of anger after Corbyn spoke against Home Rule, the independence movement has been very supportive of his leadership bid, without compromising its demands for Scottish democracy. In #JezWeCan, many independence activists see an English reflection of our own movement.

Professional politicians and commentators focus on the political theory, the left-right positioning. This makes for easy thinking and easy copy, but it misses the deep material processes driving these political changes. To most activists, in Marshall McLuhan’s now-overused formulation, “the medium is the message.” Form can be more important than content.

From Yes to Jez to Occupy to Bernie Sander’s presidential run, diverse mass movements with wildly different politics (respectively, independent nationalism, Bennism, anarchism, and democratic socialism) are using organisational forms that give them much more in common than their ideologies would suggest.

In his recent book PostCapitalism, Paul Mason argues that the old industrial working class, which socialists called a “historical subject,” a class of people capable of transforming society, is being superseded by “networked individuals.” He relates this to an early-90s theory of the “universally educated person,” a new type of citizen able to use the internet to call on all of human knowledge piecemeal, as and when they need it. That sounds a lot like the yes movement, which educated itself in everything from EU entry criteria to monetary theory as issues came up in the campaign.

If Mason is right, we are only at the beginning of the development of this new class. At a similar stage in the development of the working class, trade unions were evolving as secret societies, Robert Owen was building experimental communes, and demonstrations were calling for parliamentary democracy for the first time.

The movements of the networked class are still searching for successful tactics. The hard problem for the working class was to educate and organise, to connect people together. For the networked class, this is the easy bit – the internet has reduced the cost of organising drastically. During the yes campaign, newcomers organised demonstrations of thousands, a task that once required many long and dull days of flyering and postering. This was made possible by the formation of dense networks with many connections. The (largely

unnoticed) phenomenon of mass facebook friending allowed the movement to push articles from Bella and others out to hundreds of thousands of Scots.

In combination with high quality crowdfunded news and comment websites this allowed a far wider range of perspectives to reach the public.

Humans are driven to conform, and good thing too, or there could be no society. Unfortunately, when we watch television news, our views are shifted because a wide variety of people are presented agreeing with ruling class viewpoints. We feel an urge to agree, just as we would if all our friends shared a point of view.

Social media has inverted that pyramid, to great upset from journalists. Now they have to face the views of thousands of (often angry) ordinary people, and once a dense network such as Scotland’s politicised Facebook users is formed, we can establish our own social and ideological consensus. Social media movements have been able to break out of neoliberal thinking, but are still search for tactics that can break us out of neoliberal economics.

Occupy Wall Street and its cousins from Turkey to Egypt to Spain tried mass encampments, which changed the debate but did not give them power as a class. The yes movement, #JezWeCan and Bernie Sanders are now trying to remould pre-internet political parties. As we have seen in Greece, this too is likely to fail – parties can be formed or changed, but they do not know how to defeat the pressure from international finance that brought Callaghan and Mitterand to their knees. It will take years or decades for the new movements to create suitable institutions, or to make old institutions suitable.

What links Yes to Jez is not politics, but these underlying shifts in the cost and nature of organising. They are both examples of a wholly new kind of political movement, expressing the common interest of a new type of human. The old political class, hamstrung by their self-interest in the old ways, will be the very last to grasp this fact.