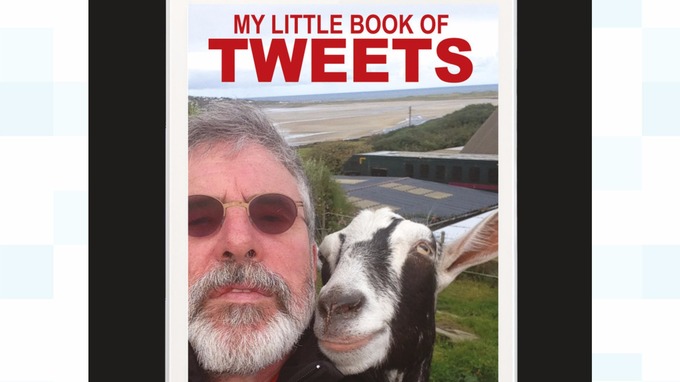 The internet and social media have revolutionised how we communicate. Not just politically but personally too. I have friends who spend hours on their Facebook accounts keeping in touch with family and friends – some of whom they may not have seen in years. Or who may just be in another room.

Skype and Facetime too are now a common part of our language.

Five years ago they weren’t as popular as they are now. Some probably didn’t exist. For my part, apart from emails and my blog my engagement with social media was limited.

All of that began to change when I agreed to stand for Louth and East Meath. That was just before Christmas in December 2010. It was a big step made easier by the warm welcome I received.

When shortly afterwards I was elected as a TD, Shaun Tracey from our Leinster House press office  opened a twitter account in my name. It sat there for two years unused. In February 2013 Shaun and RG decided it was time I really joined the social media world. I vaguely remember a long conversation about how Twitter works and what it would entail. I had no objections to the proposal but I had one condition. That my twitter account should be MY twitter account. I was only half serious but they agreed.

The Twitter account was activated, new passwords inserted and it was over to me to decide when and where and how it would commence.

A few days later I was in Louth doing some constituency work. I had to travel back to Dublin for an Ard Chomhairle meeting the next day. RG was heading back to Belfast. He dropped me out to where we stayed and drove off. The problem was he had the keys to  our lodging. That was the origin of the first tweet. “RG took the car, took my keys also. I feel an adventure coming on.”

The response to my tweets was very interesting. Journalists rang the press office and asked if it was really me. It was they were told by Shaun.  I soon discovered when the Sunday Indo spends 17 pages having a good go at me and Sinn Fein  a tweet on a totally unrelated and humorous issue was a good way of showing that I didn’t really care about the rubbish they print.

Irony is a great ally in any argument.  And not taking yourself too seriously. So is contrariness.  Tweeting allows me to give vent to that. It doesn’t all need to be about the politics. It can be about people or the little people in my life or the dogs I have known or the trauma of visits to the barbers or ducks.

Some journos, who don’t know me or have never met me, thought it was some clever ploy by the Sinn Féin thought police to soften my image! I once watched part of a serious BBC political programme where a couple of academics – who I have never met – discussed the hidden meaning of my musings and the cleverness of Sinn Féin in using twitter. RTE and others were not to be left out.

And these folks said my tweets are bizarre! Their preoccupation with my tweets was what was really bizarre.

I can tweet a photo or a comment and within seconds there are responses and retweets. I like the fact that no one is looking over my shoulder. No editor is scrutinising the words.

I also like the fact that in a very real way the social media allows everyone to reach an audience beyond the bias of elements of the media.

There is no interpreter; no person in the middle putting his or her spin on what I or other Sinn Féin activists are saying or writing.

Today I checked my twitter. I was curious about its reach. Currently I have ninety eight thousand followers and in the last 24 hours there have been 193,713 impressions connected to my account. That’s a bigger circulation than the Indo.

Perhaps that’s one reason why some opponents in the media and in politics get so obsessed with Twitter. We have moved beyond them.

I  thought of including in this blog some examples of the things that I tweet about. The birds and the bees. RG.  Hurling and football. Life and music and books and poetry and food. Tom and Ted. They strutted their stuff years before the Marriage Equality Referendum.  All the fun and humour that is a natural part of the human condition.

But I don’t have the space. So I have put together My Little Book Of Tweets. It has been published by Mercier Press.