Leonard Peltier. My 40 years in prison

Leonard Peltier is a 72-year-old Native American activist and member of the American Indian Movement (AIM). In 1977 he was convicted in the shooting of two FBI agents during a conflict on the Pine Ridge Indian Reservation 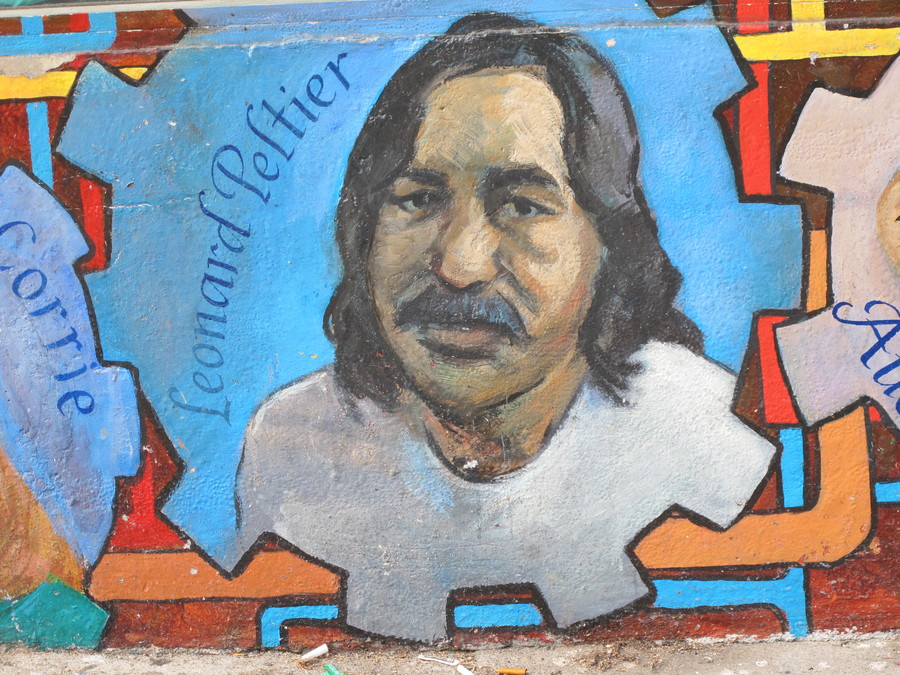 Leonard Peltier is a 72-year-old Native American activist and member of  the American Indian Movement (AIM). In 1977 he was convicted in the  shooting of two FBI agents during a conflict on the Pine Ridge Indian  Reservation.

Peltier’s indictment and conviction have been the subject of protest and  controversy; Amnesty International has placed his case under the “Unfair  Trials” category.

Peltier is incarcerated at the United States Penitentiary, Coleman in  Florida. Barring appeals, parole or presidential pardon, his projected  release date is October 11, 2040.

What can I say that I have not said before? I guess I can start by  saying see you later to all of those who have passed in the last year.

We Natives don’t like to mention their names. We believe that if we  speak their names it disrupts their journey. They may loose their way  and their spirits wander forever. If too many call out to them, they  will try to come back. But their spirits know we are thinking about  them, so all I will say is safe journey and I hope to see you soon.

On February 6th, I will have been imprisoned for 40 years! I’m 71 years  old and still in a maximum security penitentiary. At my age, I’m not  sure I have much time left.

I have earned about 4-5 years good time that no one seems to want to  recognize. It doesn’t count, I guess? And when I was indicted the  average time served on a life sentence before being given parole was 7  years. So that means I’ve served nearly 6 life sentences and I should  have been released on parole a very long time ago. Then there’s  mandatory release after serving 30 years. I’m 10 years past that. The  government isn’t supposed to change the laws to keep you in prison —  EXCEPT if you’re Leonard Peltier, it seems.

Now, I’m told I’ll be kept at USP Coleman I until 2017 when they’ll  decide if I can go to a medium security facility — or NOT. But, check  this out, I have been classified as a medium security prisoner now for  at least 15 years, and BOP regulations say elders shall be kept in a  less dangerous facility/environment. But NOT if you’re Leonard Peltier,  I guess.

As you’ll remember, the history of my bid for clemency is long. My first  app was with Jimmy Carter. He denied it. Ronald Reagan promised  President Mikhail Gorbachev that he would release me if the Soviet Union  released a prisoner, but Reagan reneged. George H.W. Bush did nothing.

The next app was with Bill Clinton. He left office without taking action  even though the Pardon Attorney did an 11-month investigation (it  usually takes 9 months) and we were told she had recommended clemency.

George W. Bush denied that petition in 2009. And in all of the  applications for clemency, the FBI has interfered with an executive  order. That’s illegal as hell!

It’s the size of an AAA battery. The doctor told me if it bursts, I can  bleed to death. It’s also close to my spine and I could end up  paralyzed. The good news is that it’s treatable and the operation has a  96-98 percent success rate. BUT I’m in a max security prison. We don’t  get sent for treatment until it is terminal.

As President Obama completes the final year of his term, I hope that he  will continue to fight to fulfill his promises, and further the progress  his Administration has made towards working in partnership with First  Peoples. It gives me hope that this President has worked hard to affirm  the trust relationship with the Tribal Nations. With YOUR encouragement,  I believe Obama will have the courage and conviction to commute my  sentence and send me home to my family.

Looking back on the 40 years of efforts on my behalf, I am overwhelmed  and humbled. I would like to say thank you to all the supporters who  have believed in me over the years. Some of you have been supporters  since the beginning. You made sure I had books to read and commissary  funds to buy what I may need to be as comfortable as one can be in this  place. You made donations to the defense committee so we could continue  fighting for my freedom, too. You all worked hard — are still working  hard — to spread the word about what is now being called the most  outrageous conviction in U.S. history. There are good-hearted people in  this world, and you’re among them. I’m sorry I cannot keep up with  answering all of your letters. But thanks for the love you have shown  me. Without it, I could never have made it this long. I’m sure of it.

I believe that my incarceration, the constitutional violations in my  case, and the government misconduct in prosecuting my case are issues  far more important than just my life or freedom. I feel that each of you  who have fought for my freedom have been a part of the greater struggle  of Native Peoples — for Treaty rights, sovereignty, and our very  survival. If I should be called home, please don’t give up on our  struggle.