Language of struggle and atrocity

The reality of the Kurdish slogan “?ehid Namirin”, which means “Martyrs are immortal” is the reality of Kurdish people who do not hesitate to sacrifice their own lives for their people 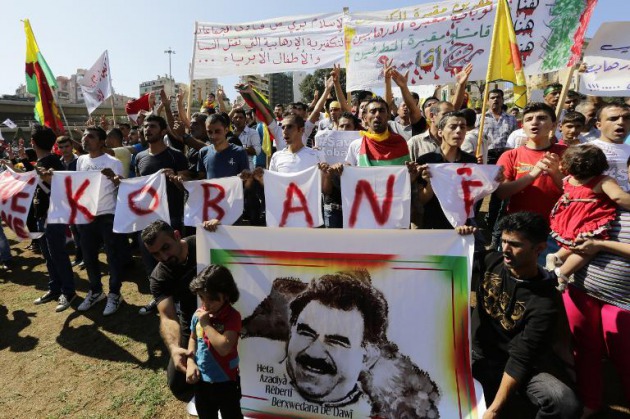 Kurds and Turks have never spoken the same language, since the very beginning.

This is because the existence of one side has meant a threat to the other, their language meant unknown words without a meaning, their identity meant separatism, and their struggle to survive meant terror.

“If my language shakes the foundations of your state, that means you have built your state on my land” saying by Kurdish intellectual Musa Anter, also known as Apê Musa, is worth quoting to explain what it means to be a threat to one other side just by existing.

“Counter-terror” is the major discourse Turkey puts forward to its own public opinion and the whole world as a justification of its war against the Kurds who seek free existence in four parts of their divided lands, Kurdistan, in Turkey, Iraq, Syria and Iran.

It has one single objective; to stop and destroy the PKK.

Why is Turkey so afraid of PKK? Why is it confronting world powers for the sake of its internal problem which it persistently keeps unresolved despite all the efforts to achieve peace through talks and negotiations?

“We will eliminate and destroy them all” is a major promise continuously highlighted by Turkish leaders, officials and consequently a part of the society in terms of their goal to “end terror”, which refers to the PKK, which is the people themselves. The reality of the PKK is its particularity of being a popular movement which involves arms as an essential means to confront the attacks aimed at their total annihilation.

When it is a matter of a confrontation between the PKK and Turkey, the former one always becomes the one to be blamed, regardless of the background and only because it is a “terrorist organisation”. Turkey feels free to attack Kurds in three parts of their lands thanks to the worldwide support it receives to fight the PKK. This worldwide case, of course, is led by the major powers such as the European Union and U.S. which back Turkey in its “anti-PKK fight” for the sake of their own interests, but “surprisingly” disagree with Turks when it comes to Kurds in Rojava, for example, with whom they form an alliance in fighting and clearing the ISIS, and whom they obviously prefer over Turkey. Current conditions force the world powers to make their side clear, including on Kurds who are an ally in Rojava and terrorist in Bakur.

As has been witnessed by the whole world in the most recent Cizre massacre and other Kurdish towns, Kurds and Turks have, once again, never spoken the same language.

It was trenches and barricades in the language of both sides, but meant different things to each one; self-defense to Kurds, and separatism to the state and most of the Turks. Did Kurds really want to divide the country by laying barricades and digging trenches in their neighborhoods? This wouldn’t sound reasonable as an idea acting beyond borders couldn’t possibly be expected to restrict their living areas with neighborhoods. So, why did the Turkish state treat it as a separation of borders while Kurds just demanded self-management? It was the PKK obsession, once again. They believed PKK would divide the country through trenches. This is the dimension of the very reality that Turkey still has no idea about the PKK’s point of view.

Those fighting in the neighborhoods to defend their living areas from never-ending attacks are fighters and heroes to one side; while the other side describes them only as terrorists and separatists.

So, what is the reality?

It is the history, the existence and the essentiality of the struggle to survive, in every aspect and for every single one.

When looking at the aftermath of the slain Kurds, one will see the emergence and growth of a spirit of resistance rather than a death and burial of existence. Every slain Kurd that died fighting is replaced by at least dozens of others. The reality of the Kurdish slogan “?ehid Namirin”, which means “Martyrs are immortal” is the reality of Kurdish people who do not hesitate to sacrifice their own lives for their people. Those “terrorists” who are savagely killed by the state are the children of the people who welcome their dead bodies with ever-growing determination to keep the struggle going till the end. None of them has ever bowed so far.

“Dad, you have 4 more children. Let one of them belong to the people.” This was the last words of Erdal ?ahin, 23, from Hakkari, who left university and went to Cizre in solidarity with the popular resistance. He was among the 178 people savagely massacred by state forces in the basements of atrocity.

One would inevitably call it a massacre, in which over 150 people were burnt to death. 101 of these couldn’t be identified yet because corpses are neither recognizable nor identifiable. These are still suffering a torture even nearly 3 weeks later, with some of them being buried secretly without identification, some others not shown to families, some being mistaken for other victims, some dismembered bodies being sent to different cities, and some body parts being dumped on the banks of the Tigris River.

Yet, the Turkish state, government and military calls it a “successful operation thanks to which the town has been cleared of terror”. If it is terror to resist this atrocity, then what is to burn people alive and call it a success?

The world still remains in a shameless silence on the burning of as many as 150 Kurds by the Turkish state. Think for a second how the reaction would be if the perpetrator was the PKK. Turkey would probably grant itself the right to destroy the entire Kurdish territory, and would make every effort to realize it. People from all the scenes of the Cizre massacre had repeatedly called attention to the threat of an imminent mass killing they had been facing. Everyone just watched it, all together. It just happened. The same threat hangs upon Amed’s historic Sur district at the moment.

Does counter-terrorism mean massacring people in the most savage way possible, let it be fighters or civilians; destroying and devastating the living areas of an entire population; demolishing cemeteries, religious places, historical structures; murdering people in and outside their houses and leaving their bodies to rot on streets for as long as a month; killing even unborn babies, and attacking funerals?

Kurds do not rely the Turkish state any more, nor the language it uses, even while speaking of peace. A reference to peace is deservedly being commented as an indication of war. This is a reality taught by the most recent history we all have witnessed. Even during the course of the “peace talks” that lasted two years until was suddenly ended by the Turkish state, both sides used different languages. Turkey continued to address the Kurdish people’s leader Abdullah Öcalan as “the terrorist leader”. It never became willing to acknowledge his role officially even while trying to make peace with millions recognizing Öcalan as their leader.

Language is an essential part of existence. It involves traces of one’s existential, social, political, cultural and moral stand.

Peace will come once the both sides defend, or at least agree on the same values, once they speak the same language, and mean the same things with the same words. 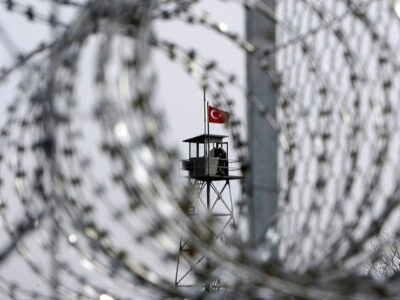