Home > Contents > UNGASS 2016 > Global Rights. UNGASS, it is time to stop the war on drugs

Global Rights. UNGASS, it is time to stop the war on drugs 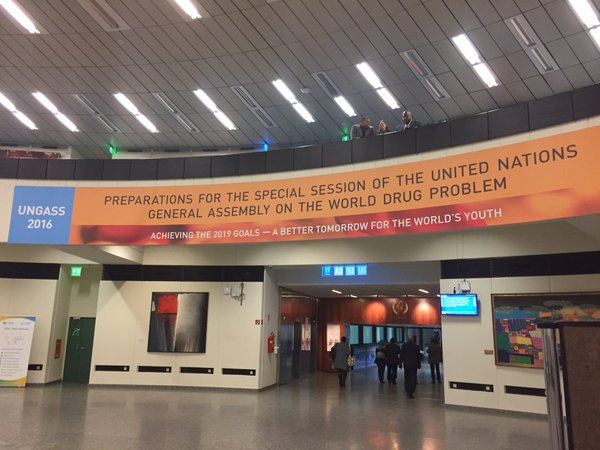 From 19 to 21 April 2016 the United Nations will host in New York a special session of the General Assembly on drugs (UNGASS). The session should have been held in 2019, but the presidents of Colombia, Guatemala and Mexico succeeded in anticipate it: too many urgent problems are on the agenda, and too many of these are due to failures which are the direct result of prohibition and the war on drugs dictated by the current International Conventions on Drugs, of which the United Nations is guarantor and «policeman».

The global war on drugs has decades of egregious and verified dramatic impact on public health, justice and prison, economies and human rights of both consumers and producers. The enormous development of the black market carries with it corruption, violence, growth of drug mafias and their power on societies and states.

If the system is global, not so is consent. In many countries – in Latin America but also in Europe – governments have begun to take a different perspective and a different policy, based less on repression and more conscious on health and rights; in every continent, civil society movements, both of consumers and producer-farmers are pressing for a firm change of policies; so much so that today, in 2016, the possibility of a change seems not so impossible, and it seems to undermine the – to date – granitic setting of the Conventions. Even the US, today leader of the war on drugs, are experiencing a phase of profound change, starting with the new laws on cannabis legalization.

Therefore it is such a lively political debate and a global advocacy action on the part of the movements which are accompanying UNGASS 2016.

Global Rights cannot miss the appointment: the issue of human rights is central to the reform perspective and the global drug policy is a prime example of the pervasive effects a law & order and authoritarian policy have on the quality of life and the rights of individuals and communities.

We will open our contribution to information and debate with an interview to Peter Sarosi, media activist and Hungarian researcher, director of Rights Reporters Foundation and coordinator of DrugReporter. He is also a member of the European Civil Society Forum on Drugs.

Civil Society Forum on Drugs, Commission on Narcotic Drugs, harm reduction, Top, UNGASS 2016, war on drugs
You may also like