Home > Magazine > Cultures > By the Banks of the Tigris River My Soul Sat Down and Wept for the people of Cizîr?

By the Banks of the Tigris River My Soul Sat Down and Wept for the people of Cizîr? 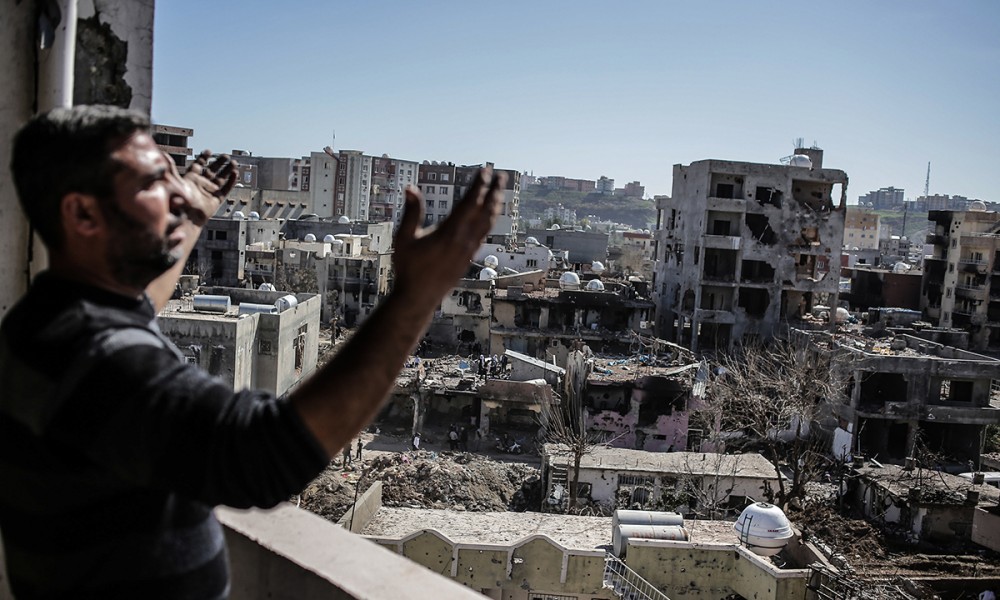 «On 13 December 2015, the Turkish authorities renewed the curfew on Cizre city. The siege lasted until the 11 February 2016 and involved the use of heavy weapons, including tanks and artillery, in densely populated residential areas by the Turkish regime. The Turkish Army claimed that 659+ PKK fighters had been killed during the curfew, however in addition to this hundreds of civilians had also been killed, including 115 civilians who had died in their basements from artillery fire. Most of the bodies were reported to have been burnt. Turkish forces were also alleged to have destroyed buildings where the basement massacres occurred to destroy evidence, which implicated their perpetration of the massacre…On 11 February, military operations in the city ceased; however, on 22 February 2016, a woman was killed by Turkish forces in the city during a summary execution. On 1 March 2016, it was announced that the curfew would end the following day. By 26 February 2016, the total civilian death toll in Cizre was reported to be at 178.»

‘“Dad, you have 4 more children. Let one of them belong to the people.” This was the last words of Erdal?ahin, 23, from Hakkari, who left university and went to Cizre in solidarity with the popular resistance. He was among the 178 people savagely massacred by state forces in the basements of atrocity.’

By the Banks of the Tigris River

my Soul Sat Down and Wept

my soul sat down and wept

wept long and hard and bitter,

wept with the mothers and the fathers

wept with the sisters and brothers

wept for the dead,

all the dead in Kurdistan.

my soul sat down and wept

by the bombed out buildings

and the burnt out basements

by the ghosts left there forever

and the years left now with

their endless lists of the dead

in Diyarbakir and Cizre,

in Bismil and Nusaybin

all the dead sat down to weep,

for the promise of what could be

for the young men went marching

went marching off to war.

all the dead sat down and wept,

and the fighters raised their Kalashnikovs

and the army shot them all:

shot dead all the children

shot all our brothers and sisters,

in these basements of atrocity

one more massacre, once again.

O, by the banks of the Tigris River

the young men go off to war,

I’ll sit down and weep.

my soul sat down and wept,

and even the women go off to war.