The savage massacre committed by Turkish forces in ??rnak’s Cizre district. A poem by séamas carraher 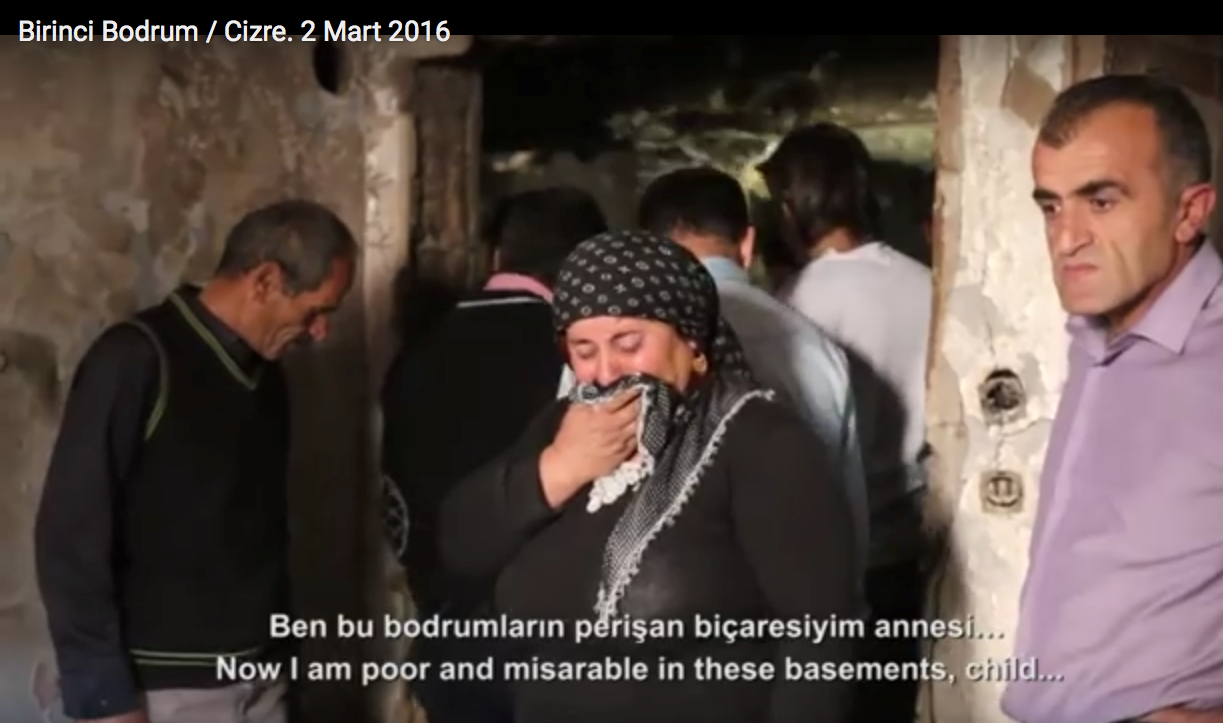 “While details of the savage massacre committed by Turkish forces in ??rnak’s Cizre district are not clear yet due to the ongoing blackout, it came out that 26 people trapped in the first basement of atrocity had all been massacred…A total of 31 people in this first basement, 15 of whom were wounded, had been awaiting evacuation for 19 days when they were last reached 2 weeks ago.”

“While an average of 3 to 4 people were killed in Cizre on a daily basis up to the 41st day of the curfew, starting on January 22, 2016, security forces have staged attacks that qualify as massacres. Basements that housed civilians, including injured individuals, who had taken refuge from the attacks in town (which was within the knowledge of security forces) have been hit with tanks, mortars and other heavy weapons. These basements where citizens took refuge, and which exemplified the merciless behaviour of the state towards the injured have been named ‘basements of horror’…”

“During the Cizre Siege, 251 people, including 176 who died in the basements of horror, were slaughtered mercilessly. Among the dead there were 27 children, 20 women, and 79 people who have not been identified yet.”

Cries call out but there is no one to listen.

Even the crows in my garden know as much.

In this dark town all the dead have been weighed

in bones and dust,

in this dark town all the dead

even the shopkeepers have gone into hiding

only death makes its deals

now the soldiers have left.

Calls cry out but there is no one to hear,

even the birds in their pain, fly away.

In this first basement of the three,

in Cizre – in ancient Cizre,

Cries call out, but there is no one to listen,

(in this place of death, this starving place):
“now I am poor and miserable in these basements, child.”

“I wish Erdo?an’s end will be like this too…”

“I wish the world will crash around your ears, Erdo?an “

These are the voices with their feet broken,

with their hearts murdered,

with their arms and heads and lungs crying out:

“what kind of pillage is this, child,

I swear, two of them, were my brothers.”

What kind, at all, I wonder now,

call out but there is no one to listen,

i wonder now. i wonder, with

the crows and these cries

in my burning garden,