Home > Magazine > Cultures > ‘It Was Another Year’s September’

‘It Was Another Year’s September’

«…while out of sight and in continents far away

there are these poets and prisoners locked away…»

Dareen Tatour («Homesickness tore me apart / And in my own country I ended up / An immigrant….») 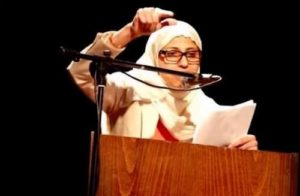 …a Palestinian poet from the village of Reineh in Nazareth, she was arrested at 3am on 11 October 2015, in Israel, on the charge of “incitement (to violence) through social media.” That same month in 2015, violence in the occupied Palestinian territories and in Israel took the lives of 199 Palestinians and 28 Israelis. The charge against her carries a potential 8 year prison sentence. She spent the first 3 months in 3 prisons (Kishon, Damon and Hasharon) before being remanded to house arrest in Tel Aviv away from her family. Since July 2016 she has been allowed to continue her house arrest in Reineh with her family where she remains as of September 2016. She was scheduled to testify in court on September 6th following the prosecution’s presentation of its final witness, one of the policemen who was witnessed on camera shouting at and threatening Tatour during her interrogation – but her testimony was postponed until the 9 November this year.

In an interview on September 9th, following the rescheduling of her trial  she said:

Dareen («I am accused of words, / my pen the instrument.») is one of 400 Palestinians in the last year arrested by Israeli authorities because of their use of social media to resist Israeli violence against the Palestinian people. Al Jazeera reports:

«…she had posted a picture of Israa Abed – a Palestinian woman shot at a bus station in Afula while brandishing a knife – with the comment, «I am the next martyr.»  ‘What I meant with that post was that I, as a Palestinian, or any Palestinian, could be killed at any time,’ Tatour told Al Jazeera. On November 2, Tatour was initially charged with inciting violence and terrorism, as well as supporting a terrorist group, in relation to posts on her Facebook and YouTube pages. Since then, the specifics of the charges against her have shifted, and now relate to a poem that was posted to her YouTube account.»

The poem on trial, translated by Tariq al Haydar and whose title translates roughly as «Resist my people, resist,» can be found here: https://arablit.org/2016/04/27/the-poem-for-which-dareen-tatours-under-house-arrest-resist-my-people-resist-them/

I will not succumb to the “peaceful solution,”

Until I evict them from my land.

I cast them aside for a coming time.

Resist, my people, resist them.»

(Resist my people, resist them)

Another Palestinian: Ashraf Fayadh («…losing your soul will cost time, / much longer than what it takes to calm / your eyes that have cried tears of oil…») 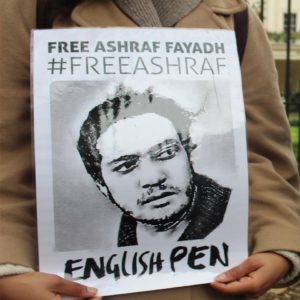 a Palestinian poet in exile (“…earth is the hell prepared for refugees…”) initially sentenced to death for apostasy, having been detained by the country’s religious police in 2013 in Abha, in southwest Saudi Arabia, and then rearrested and tried in early 2014. An initial verdict sentenced him to four years in prison and 800 lashes but after appeal another judge passed the death sentence. The evidence against Fayadh was from a prosecution witness who claimed to have heard him cursing God, Islam’s Prophet Mohammad and Saudi Arabia, and the contents of a poetry book he had written years earlier: Instructions Within.

You were told: settle there…

but some of you are enemies for all

so leave it now

Then look up to yourselves from the bottom of the river;

the displaced are helpless,

like blood in the oil market that no one wants to buy!

(A Hoarseness in the River’s Flow, by Ashraf Fayadh [trans. Mona Kareem])

Marcia Lynx Qualey writes: «Fayadh has said the complaint arose from a personal dispute during a discussion in a cafe, one that playwright Hassan Abdulrazzak has satirized in ‘The Several Beheadings of Ashraf Fayadh.’ In Abdulrazzak’s play, an unnamed man sneers, «We gave you refuge. We gave you a home. And how do you repay this kindness? You hand out filthy literature to our youth.» But this escalated into serious charges against Fayadh, for alleged apostasy in his painful, relentless, densely nested poems.»

‘Instructions Within’ was published in Beirut in 2008 (and quickly banned from distribution in Saudi Arabia). His death sentence was recently commutated, (on 8th February 2016), and replaced with 8 years in prison and 800 lashes.

Despite an international campaign for both these poets they remain, one in prison and the other under house arrest, victims of the oppressive states they find themselves forced to live in.

The soldiers besiege me on all fronts

in uniforms of poor color.

Laws and regimes and statutes besiege me.

My loneliness besieges me.

My loneliness chokes me.

I am choked by depression, nervousness, worry.

Remorse, that I’m a member of the human race, kills me.

I was unable to say goodbye to all those I love

and who departed, even temporarily.

Abdellatif Laâbi is a Moroccan poet, born in 1942 and now living in France. Through his work on the literary magazine Souffles, in the mid 60’s he was arrested, tortured and imprisoned for 8 years (from 1972 to 1981) for ‘crimes of opinion’ by the conservative regime of King Hassan II (1961-1999) with its «poor human rights record». Laâbi left Morocco in 1985 to live in Paris, where he remains today. 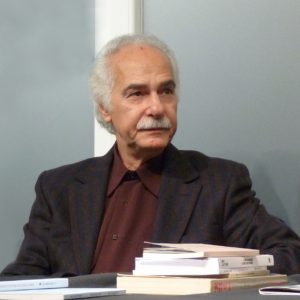 In an interview in 2001 with the American poet Kristin Prevallet, Abdellatif Laâbi said:

«Writing is still a risk in many countries. This was the case in Morocco when I was still living there–I was put in prison. In other countries, poets are assassinated. Of course, a Western poet is not exposed to the same dangers, to the same threats, but there are equally serious but different atrocities which occur in countries which we call democracies. There is the numbing of consciousness, an indifference which is gradually settling in – there are unacceptable things that happen every day, and pass as normal. How can I not be upset? I am implicated in this, because I am aware that the West is a part of me. It’s my humanity as well. To me there is a single human condition, within which there are different situations. And I don’t understand how one could think that the intellectual should be absent from all that– do your work and leave the world behind the door. If this satisfies certain intellectuals, that’s their prerogative. But for me, poetry is too closely connected to life and what it stands for. What is life if not dignity, liberty, the ability to express oneself freely?»

It is a powerful and a profound statement – in a divided world of increasing banality and violence – that these politicians, ‘rulers’, states and regimes whose only contribution to the future of humanity will be their eventual disappearance – that they are so terrified of the written and spoken word and the spirit of simple people, including poets and writers such as Dareen Tatour, Ashraf Fayadh and Abdellatif Laâbi?

Surely it is living proof that a culture of liberation exists in the hearts and minds of people and is waiting for us to nurture its development as a historical force..?

It Was Another Year’s September

I was in the cave

where convicts read in the dark

and painted the bestiary of the future on the walls

It was another year ending

lost in someone else’s suburbia,

where the wisteria wished me well.

Here is the smallest

of all possible worlds

with the children still in school,

an avenue with the gardeners’ trucks

What a small world

on a sunny afternoon

with the keys to freedom

in this world of well-tended gardens

while out of sight and in continents far away

there are these poets and prisoners locked away.

Neither near nor far now, I say

Picture of Dareen Tatour thanks to: courtesy of Facebook via https://pen.org/press-release/2016/06/17/detention-poet-dareen-tatour-signals-worrying-escalation-israeli

The poem for which Dareen Tatour is under House Arrest: ‘Resist, My People, Resist Them’

The Poem for Which Dareen Tatour’s Under House Arrest: ‘Resist, My People, Resist Them’

A Poet Behind Bars (poem):https://arablit.org/2016/09/01/a-poet-behind-bars-a-new-poem-from-dareen-tatour/?utm_content=buffer66556&utm_medium=social&utm_source=twitter.com&utm_campaign=buffer

Poem & Video of  the Palestinian Resistance by Daren Tatour

Poems from Instructions Within: http://www.arteidolia.com/poems-from-instructions-within/