Choctaw Indian Tribe and Ireland: a history of solidarity 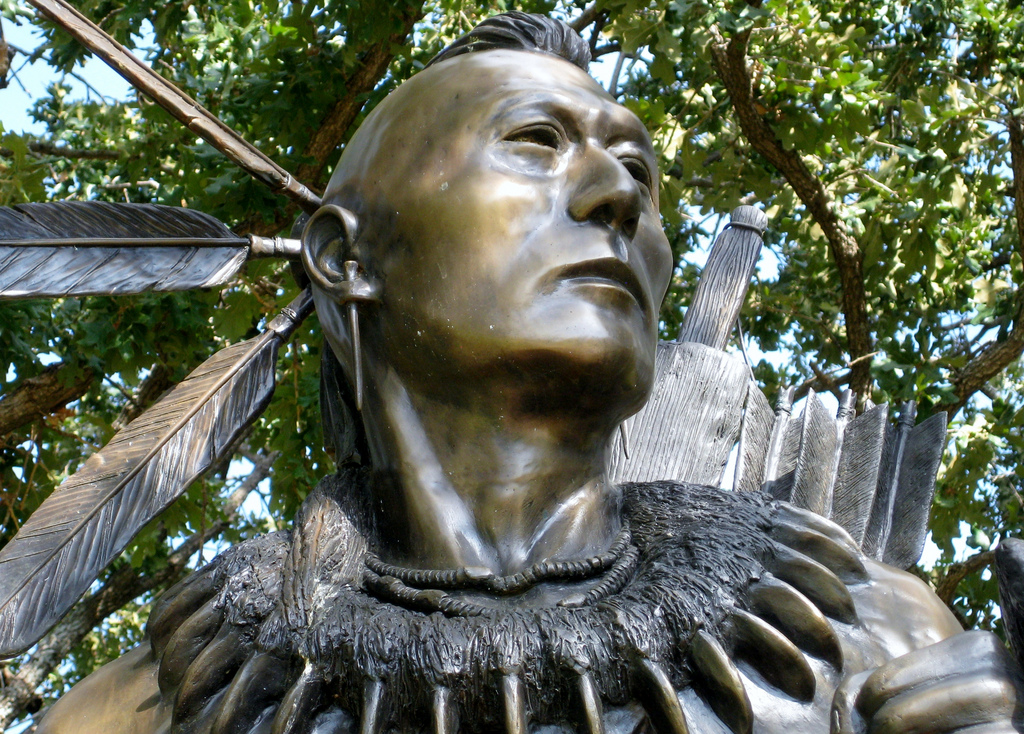 A simple act of kindness 170 years ago by an Oklahoma Indian tribe was celebrated in County Cork this week. The Choctaw Nation was honoured during a dedication ceremony Sunday in Midleton, a town of 12,000, with a sculpture that commemorates a gift to the Irish people during the Great Hunger in 1847.

The Irish and Choctaw are bonded by the difficulties they have endured and the resilience they have shown, the chief of the Native American tribe told a gathering in County Cork.

Gary Batton spoke about the similarities between the two people as a sculpture was unveiled at Bailick Park, in Midleton. Kindred Spirits, by Alex Pentek, commemorates a donation the Choctaw people sent to Ireland during the Great Hunger.

Mr Batton said he became emotional when he saw the sculpture, a circle of giant stainless-steel feathers representing a bowl of food for the hungry, for the first time. “The people in Ireland know how to get a gathering together. It is hard for me to express what a great honour this is, this tribute to our Choctaw ancestors. I can’t tell you the feelings it gives to me to see it in person. “We know the story of the tragedy of all our people that we endured and overcame. But once we heard of the story of hardship of the Irish people, we knew it was our time to step up and help out. We have endured, the Choctaw people and the people of Ireland.”

The mayor of County Cork, Councillor Seamus McGrath, said the Irish were very grateful for the kindness of strangers during the Famine. “It is only right that we in Cork county would mark that and that there would be a lasting tribute to that act of human generosity. It was an extraordinary act of kindness.” Almost 20 representatives of the Choctaw Nation of Oklahoma attended the ceremony, which included traditional Choctaw and Irish music and dancing.

Kindred Spirits was commissioned in 2013, by the former Midleton town council, to commemorate the time in 1847 when the Choctaw contributed $170 – about $5,000 today – to send food aid to Ireland. It is not the first time the Choctaw Nation has been honoured in Ireland. In 1990 Choctaw leaders travelled to County Mayo to take part in a re-enactment of an 1848 protest. The gesture was returned in 1992, when Irish leaders took part in a trek from Oklahoma to Mississippi. The former Irish president Mary Robinson also has been named an honorary Choctaw chief.

The Choctaw delegation went to Dublin on Tuesday for an event with Irish President Michael D. Higgins, who was presented with a tribal flute. Ireland extended its thanks by commissioning the sculpture to artist Alex Pentek. “It is very much a stunning piece of art,” Batton said. “Each of the feathers is unique and different. I think the sculpture shows the hope and inspirations for both the Irish and Choctaw people. It’s just so beautiful.”