CRACKS IN THE SKIN – Ashraf Fayadh THE POET IN PRISON

Cracks in the skin, a poem written by Palestinian poet Ashraf Fayadh from a Saudi Arabian jail 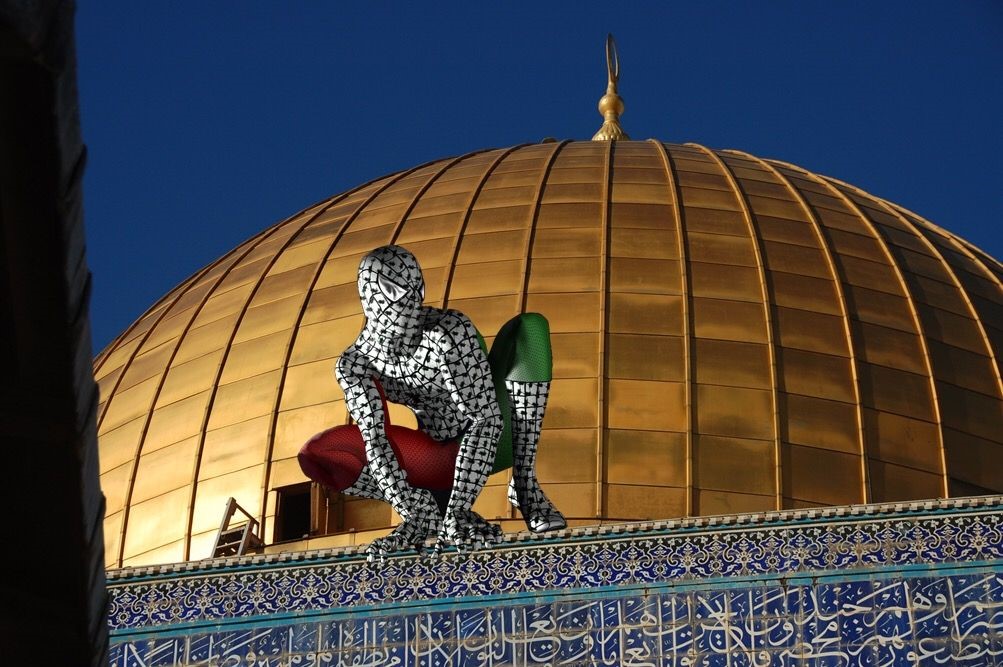 Cracks in the skin, a poem written by Palestinian poet Ashraf Fayadh from a Saudi Arabian jail. Translated from Arabic into Italian by Sana Darghmouni,  and from Italian into English by Pina Piccolo and approved by the author.

Cracks in the Skin

My country passed by here,

wearing the shoe of freedom….

Then off it went, leaving its shoe behind

It ran at a belabored pace… like the rhythm of my heartbeat.

my heart, which was running in a different direction… without a convincing  justification.

The shoe of liberty was worn out, old and fake

like the rest of human values, at all levels.

Everything has left and abandoned me… including you.

The shoe is a disconcerting invention

it demonstrates our ineligibility to live on this planet.

or a place with a floor that has cheap tiles… slippery ones!

The problem is not the slipping… but rather the water,

the heat… the broken glass… the thorns… the dry branches and the sharp rocks.

Shoes are not the perfect solution

but in some way they fulfill the intended goal

My passion has become extinguished since last time you left

I can no longer reach you

since I have been detained in a cement box supported by cold metal bars,

since everyone has forgotten me… starting from my freedom… and ending with my shoe, affected by an identity crisis.

Cracks in the skin, is a poem written by Palestinian poet Ashraf Fayadh from a Saudi Arabian jail, where he has been detained for the last four years on charges of apostasy, with a court sentence issued in February 2016: eight years imprisonment, 800 lashes and the demand that he publicly renounce his work.

Since 2016 La Macchina Sognante has joined the international campaign demanding his release and has published one of his poems in translation in every issue.  We will follow the same approach in The Dreaming Machine, the English language version of La Macchina Sognante. The artist’s family has called for renewed monetary support to help pay for the expenses incurred by his legal defense team as it prepares the appeal. We will provide more information as that international effort becomes more structured.

“On October 20, 2017 the poet was awarded the prestigious PEN Canada One Humanity award which, in the words of the press release issued by the Canadian organization, is given “to a writer whose work transcends the boundaries of national divides and inspires connections across cultures. Valued at $5,000 CAD, the award honours PEN’s commitment to literature as a common currency between nations, and as a catalyst for mutual understanding and respect.

The 2017 winner, Ashraf Fayadh, is a Palestinian refugee living in Saudi Arabia and the author of Instructions Within (2008), a poetry collection that comments on social issues in the Arab world. He is a key member of the Edge of Arabia, a British-Saudi arts community and digital platform that promotes dialogue and cultural exchange between the Middle East and western world.”

“Behind Fayadh’s poems, there are stories that show the painful loss of freedom,” said Ashraf Zaghal, editor for Arabic poetry magazine, Laghoo. “His stories about freedom do not necessarily relate to the poet’s homeland but, rather, reach out to the human public sphere and the strife for the essential right to free speech and action.”

In the summer of 2014, Fayadh stood trial in Saudi Arabia on blasphemy related charges related to his poetry collection, which has since been banned from circulation. Saudi courts sentenced him to death in 2015 for the crime of being an infidel, but after international outcry, authorities commuted his sentence to eight years and 800 lashes. Fayadh remains in prison in Abha while he appeals his sentence.

“This award reminds Fayadh, his family, his supporters, and most importantly, his jailers, that his colleagues will continue to advocate for his right to freedom of expression until he is released,” said PEN Canada president, Richard Stursberg.

PEN Canada will present the award Friday, October 20, at their annual event at the International Festival of Authors. Entitled, Glorious and Free? Canada in 2017; the panel features Jesse Wente, Rachel Giese, Desmond Cole and moderator Jesse Brown in a discussion on Canadian freedoms.

The International Festival of Authors will also feature an empty chair on each stage to honour imprisoned Azeri writer and blogger, Rashad Ramazanov.”

Ashraf’s family has put out to call to revamp the campaign to free Ashraf and has put out an urgent appeal for donations, to help cover the legal expenses for the appeal.

Other poets, like Valentina Meloni are also responding to the call by publishing Ashraf’s latest in Italian and circulating the appeal for donations.

Camilla Boemio, an international art curator and critic, is also about to spearhead an effort to get his work shown internationally with an eye to selling some of his pieces in order to raise the much needed funds. It would be helpful to start the donation campaigns already and some writers who have been close to the campaign have already started doing so.

For more information: please contact us at info@lamacchinasognante.com for details concerning donations being sent direct to Ashraf Fayadh’s family.

November 29, in Poetry, The Dreaming Machine

(Spiderscarf) Featured image by Ashraf Fayadh courtesy of the artist, from his in-progress project “Spiderscarf” (Shashaboon)

Ashraf Fayadh, Cracks in the skin, poetry, Saudi Arabia, Top
You may also like