Girls of the Juanambú Battalion 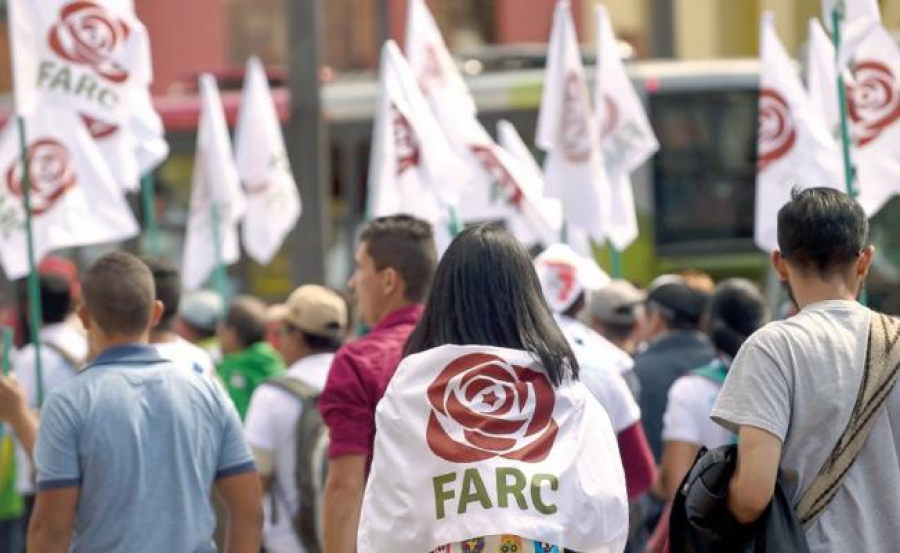 It was the eighties and President Belisario Betancur opened the negotiating table with the Colombian insurgency.

The people vibrated with hope before the possibility of building a path of reforms that would lead to peace with social justice.

Meanwhile, the Military Forces, against the national government and public opinion, plotted to sabotage the peace process to continue the counterinsurgency war. The plans of the time are known …

Hundreds of thousands were displaced, exiled, uprooted. The social fabric was destroyed, as well as the possibility of working, producing, 68% of owners displaced by violence remained in conditions of indigence, swelling the belts of misery of the big and small cities of Colombia. Thousands of disappeared, murdered, tortured; there was a genocide against political parties and organizations such as the Patriotic Union.

The majority of Colombians and international opinion are unaware of the counterinsurgency plans of the then armed forces against the guerrilla organizations. It is not known, for example, that hundreds of agents whose missions were to infiltrate the ranks of the FARC and other popular organizations were prepared.
No one would believe that they were trained to kill commanders, poison the food of the combatants, damage the weapons, steal money. Other more sophisticated missions had to do with creating problems between the commanders and the guerrilla troop, achieving insubordination, desertion, betrayal.

In these tasks they indiscriminately employed women and men, ordinary people from the regions of the country, unemployed, economically needy, also lumpen. Young people, most of them minors, were «sown» in the regions, villages and towns where the guerrillas made their income. Where the rules of entry to the FARC were violated, that’s where the infiltration of agents came from. They received payment and training in the Army Battalions.

A particularly frightening case, as far as perversion without limit is concerned, was that of the girls of the Juanambú Battalion.
This fact was presented before one of the many peace commissions and / or verification of the ceasefire of the time. The Juanambú Battalion recruited girls in an orphanage in Florencia, Caquetá, to train them to infiltrate the guerrilla structures. The nuns of the orphanage chose the children in such a way that they fulfilled the requirements demanded by the military: beautiful, intelligent, in good physical conditions.

In the two years of training, they learned to break the neck of a human being with a single special turn of the head, to grind glass to throw it in the meals, to know and use weapons to perfection.
The worst thing was that they were left without feelings, without self-esteem, without past or future, it was the destruction of any kind of humanity.
Kill and take the blood of your own pet, seek and have sex with anyone without any criteria or commitment, get pregnant so they could leave the ranks after fulfilling the mission, lying with impudence, safely, looking into the eyes.

We met and suffered the girls of Juanambú: pretty and very young, they had left childhood and naivety in the Battalion, skillful, sagacious and with no guts. The guerrillas shunned them with some fear and with good reason. I remember this when the falsi media presents «the proofs» against our revolutionary comrades.

The policy of the FARC was always transparent, fair and public in relation to the entry of women into the guerrillas, in the first place, as voluntary as that of the men themselves.

With equal rights and duties both in the organization and the fight, something that Colombian society has not achieved. Not in vain a very high percentage of women was part of the insurgent ranks. It was in the guerrilla militancy that they became social subjects aware of their role in the history of the country, fighting shoulder to shoulder with male comrades. So much loved, appreciated, respected and needed as maybe we will never be again.

We hope that the Truth Commission and the Special Justice for Peace will deal, among others, with this dramatic history of the war in Colombia, that of the girls of Juanambú.
That responsibilities are established for the methods used in the armed confrontation to defeat the guerrillas. Not everything is acceptable: they will never find a case of guerrillas infiltrated in the Armed Forces fulfilling this type of missions.

The valuation of our comrades in the fight for women in general and the guerrillas in particular would never allow anything similar.

The guerrilla of the FARC, its commanders and combatants, could never be defeated precisely because it was erected as a revolutionary collective with altruistic principles and virtues.