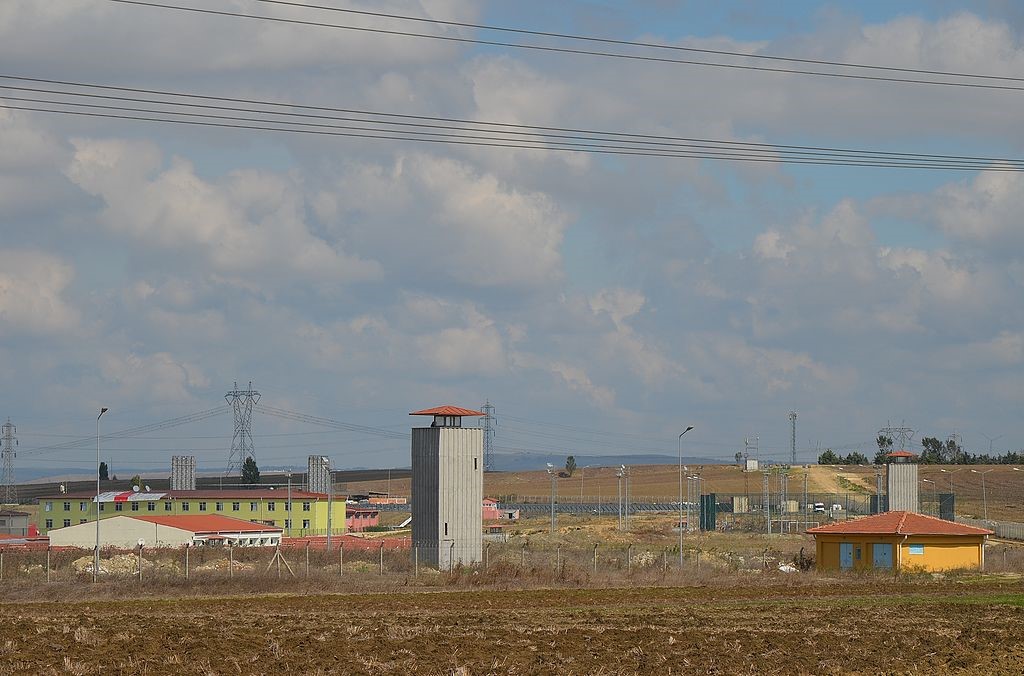 5, January 2018: «Their plan is quite clear: to revoke, one by one, the parliamentary membership of all the deputies of the third biggest party in parliament by means of these sentences, and to eliminate the political figures of the period we live in from the scene of democratic politics. And in this way, to destroy a political movement which constitutes Turkey’s sole hope for democracy.»  HDP Central Executive Board

4, January 2018: On the same day Peoples’ Democratic Party (HDP) Diyarbakir deputy İdris Baluken was sentenced to 16 years and eight months in a Turkish jail, British Secretary of State for Transport Chris Grayling was in Ankara, Turkey meeting with Turkish Transport, Maritime Affairs and Communications Minister Ahmet Arslan. Bad enough that the ruling British Conservative Party is able to ignore the relentless attack on human rights currently in process in Turkey that has drawn criticism from across Europe, but Minster Grayling went a step farther in renewing British arrogance in its relationships with the Middle East by stating at a news conference:

“We value that friendship enormously…We see it as our job to work with you to help you, support you to have a really strong security partnership in meeting the challenges that we both face,” adding,  “I just want to reiterate that the UK stands very firmly alongside Turkey in the face of challenges…”

HDP Deputy İdris Baluken was sentenced by the Diyarbakir 8th High Criminal Court to 16 years and eight months in jail for “membership of a terrorist organization,” “spreading terrorist propaganda” and “opposing the law on meetings and demonstrations.” He had been arrested along with HDP co-chair Selahattin Demirtaş in November 2016, released temporarily before being rearrested on February 21, 2017.  He has been behind bars in Ankara’s Sincan Prison since then.

The following day, Friday 5th January, 2018 the Peoples’ Democratic Party released the list of deputies jailed in the last number of days:

«A political purge by the judiciary»

«During the first days of 2018, new steps were taken in the process of enacting political genocide against the HDP. Over the last 2 days, the dependent and partial judiciary of the ruling power has shelled out a series of new sentences. Law has once again been appropriated for political interests. Members of the judiciary have once again been used as mere tools in political set-ups.

From a legal perspective, each and every one of these indictments are mockeries: they display absolutely no legal value; are based on unfounded allegations and brazen lies; were prepared by prosecutors who since then have been imprisoned as suspects in FETO-cases. Thus, sentences given as a result of such indictments constitute the most patent examples of injustice, unlawfulness and a lack of conscience:

Their plan is quite clear: to revoke, one by one, the parliamentary membership of all the deputies of the third biggest party in parliament by means of these sentences, and to eliminate the political figures of the period we live in from the scene of democratic politics. And in this way, to destroy a political movement which constitutes Turkey’s sole hope for democracy.

Of course, none of these steps taken by the government and the state, all based on every possible means of illegal and unlawful acts, comes as a surprise. The purge of those who resist the institutionalization of fascism, those who continue the struggle for democracy and justice, and those who are members of a democratic social opposition is not an unexpected development.

We issue a warning now to the members of the judiciary who have preferred to seek shelter with the governing power rather than adhering to universal democratic legal principles, and have led this attempt at political genocide under the cover of Law, and we remind them once again of the dramatic end their colleagues faced who followed the same path in the recent past.

Those who think they can end the struggle for peace, democracy and equality by the forces of democracy in Turkey and of the Kurdish people through these means are terribly mistaken. They should know that the younger generations have inherited and will carry this struggle on their shoulders with their experience, determined attitude and libertarian courage. The efforts to once again liquidate our struggle are once again wasted, just like in the past.

We know very well that the judiciary acts as an arm of the government. There is no longer an independent judicial system to speak of, and there is no longer a platform left to discuss such issues with arguments that refer to law. The only way to stop this course of action is to heighten the political struggle, to build a common front of democratic forces and to change this government – along with its judiciary. We are committed and dedicated to achieve precisely that.»

On Friday 5th, ANF News also carried a message from Deputy Baluken as he began his 17 year sentence:

“Esteemed friends and the public of the country,

All the country and the international public know that the trial processes targeting our democratic political activity are not legal, but political. The political verdict issued to me on January 4, 2018 shows that the political genocide operations continue, in being a verdict that disregards law and makes no attempt in being just.

This verdict aims to smother our struggle for democracy, peace and freedom. All our people should know that, whatever the price may be, we will continue to be loyal to the values of our struggle for freedom and democracy to the end.

In this sense, the resolute will we have will manage to void this political genocide process as a whole.

With my faith that our struggle for democracy, peace and freedom will prevail, I salute all our friends and the peoples of Turkey.”

“I just want to reiterate that the UK stands very firmly alongside Turkey in the face of challenges,” British Secretary of State for Transport, Chris Grayling, concluding his visit to Ankara, with a possible reference to the lucrative arms trade Britain engages in with its NATO ally:

Meanwhile it seems, once again, relentlessly and in this time of state terror in Turkey, and sadly for the Kurds, there are: ‘No friends but the mountains’ – Kurdun heval ninin bes ciya..?

By CeeGee (Own work) [CC BY-SA 4.0 (https://creativecommons.org/licenses/by-sa/4.0)], via Wikimedia Commons