On Thursday, a delegation from northern Syria and Rojava was received by French President Emmanuel Macron at the Elysee Palace in Paris. Rêdur Xelil, SDF foreign affairs official, gave details of the meeting in an interview with ANF. 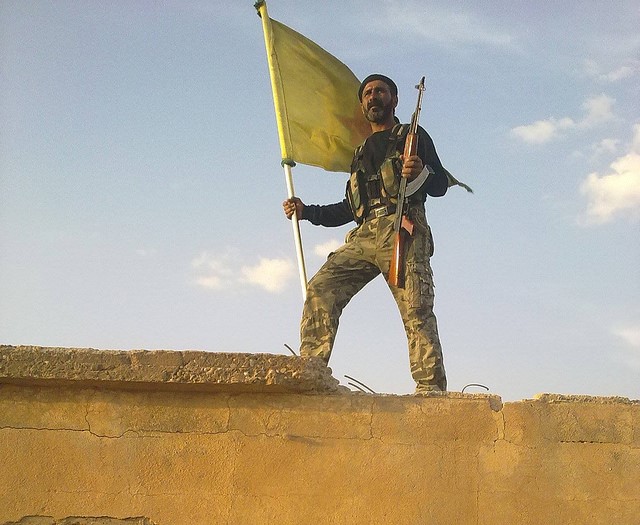 On Thursday, 29 March, a delegation from northern Syria and Rojava was received by French President Emmanuel Macron at the Élysée  Palace in Paris. Rêdur Xelil, SDF foreign affairs official, gave details of the meeting in an interview with Firat News Agency, (Ajansa Nûçeyan a Firatê – ANF‎). (The Syrian Democratic Forces [SDF] are the official defense force of the Democratic Federation of Northern Syria – Rojava).

Below is the text of the ANF interview. Turkey’s response to the meeting is worth noting also:

“Those who enter into cooperation and solidarity with terror groups against Turkey … will, like the terrorists, become a target of Turkey. We hope France does not take such an irrational step…”

“We are extremely saddened by France’s wrong stance on this…Those who host at the highest level the members of a terrorist organisation, which has been freely carrying out its activities in their countries, should be aware that this is nothing but an expression of hostility against Turkey…

Those who get into bed with terrorists and even welcome them at their palaces will sooner or later see the mistake they have made. We hope they will not dare to seek our help when France is filled with terrorists fleeing from Syria and Iraq after being encouraged by French policies.”

What topics have you discussed with French President Macron?

As representatives of the military and political forces of northern Syria, we were officially invited by the French president to the Élysée  Palace. Very significant results have been achieved at this very important meeting. Northern Syria, especially Afrin, is going through a special process. This topic was high on the agenda. The occupation of Afrin by the Turkish state and its gangs has been an intense topic. We have addressed the question of what efforts are behind the occupation of Afrin by the Turkish state, who are the gangs that were brought to Afrin under the name «Free Army» and what they represent. We have discussed the need for international guarantees for the restoration of Afrin to its previous state and for the return of the population. Relief supplies for the residents of Afrin, who were forced to leave the city, were also an issue.

What assurances have been made?

Macron assured us that France would help Afrin to the end. Macron pointed out that France, as a member of the international coalition as well as a key player in Europe, would help in this matter. It was emphasized that the administration of the Federation of Northern Syria was an example for the solution of the problems in Syria. In addition, it was agreed that the self-government threatened by the Turkish state must be defended. From Manbij to Qamishlo, from Amûdê to Dêrik to the Iraqi border, all areas controlled by the Syrian Democratic Forces are threatened by the Turkish state. The attitude of the French President, and generally his official position, is to support, defend and secure the region. In order to bring the fight against the Islamic State to a conclusion, a continuation of the military assistance was discussed. In general, these topics were on the agenda.

The official statement from your delegation states that the focus of the one-hour conversation was on ensuring humanitarian and medical assistance and the security of Afrin. At the same time, the Élysée Palace announced that France would send troops to Manbij. What impact will this meeting have from a military perspective?

That’s right, this topic was also clearly raised by both sides. France will provide military support for the defense of the region. This applies to Manbij and also to the other regions. What does that mean? First of all, the announcement of the Turkish state to occupy Manbij and capture northern Syria came to nothing. These threats are intended to intimidate the local population. It is nothing more than blackmail. That the Turkish state cannot take such an initiative has now become clear. Macron spoke this very clearly. Secondly; the administrative system in northern Syria is moving towards official status. No doubt that’s a big change for northern Syria. After six years of fighting against the terrorist organization Islamic State and all other terrorist organizations, success has been achieved at the official, international level. That’s why the meeting has delivered positive results in a process like this.

How will this open support from France affect other powers, in particular the US and Russia?

France will give them the responsibility to fulfill their duties. The regions that we liberated as YPG, YPJ and SDF have been freed with the support of the international coalition. The international coalition is now in a process of protecting these liberated areas. That is above all their moral responsibility. I also think that (the support of France) will influence Russia’s threats. Russia has gone too far in this process. In return for certain areas of eastern Ghouta, the Turkish state has been granted permission to attack Afrin. This situation now will put limits on the policies of Russia, the Syrian regime and Iran. Not only the US, but all the forces involved in the international coalition will be responsible to provide support and assistance for northern Syria.

Your delegation consists of representatives of all parts of the Syrian society. Can one say that France has now officially received the Federation of Northern Syria?

No doubt the delegation has been officially received. It was emphasized that the problems that exist in Syria can only be solved with a project and the administration such as the Federation of Northern Syria. A meeting with a delegation of representatives of military, political and social structures shows that the French government is officially ready and open to relations with the Federation.

What message did the meeting give to Turkey?

How do you evaluate the resistance in Northern Syria, the diplomatic efforts and the activities of Kurds abroad?

Syria has been through a period of violence for seven years. The country was subjected to the intervention of states from the region as well as international states. This resulted in a very tragic situation for the Syrian peoples. The regions that can protect themselves from chaos and conflict are the territories under the control of the Syrian Democratic Forces and the Federation of Northern Syria. This proves that the policy applied was right and successful right from the start. An area that accounts for more than 50 percent of Syria has been destroyed. More than half of the population was forced to flee. Our area was able to provide protection and serve as a model for other regions. Of course that was not easy. The military struggle was mainly fruitful in that the population took up the idea of ​​resistance. These are the results of the struggle given by our people. 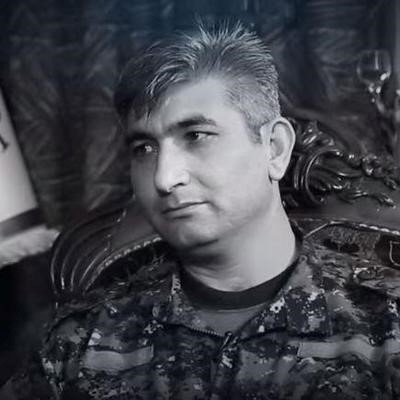