Home > Talking Kurdistan > Not scared to fight: Why I left Russia for the ecological struggle in Rojava

Not scared to fight: Why I left Russia for the ecological struggle in Rojava 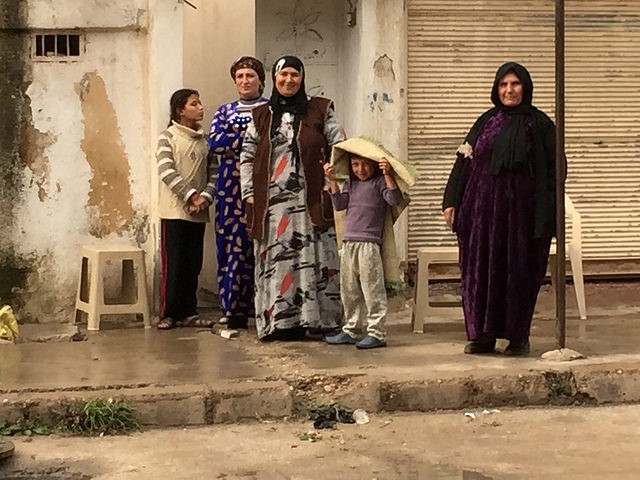 My interest in Rojava and Kurdistan ignited after a long time spent searching for a similar model or concept inside the Russian movement. The Russian movement is small and disorganised, and each person within it acts by themselves.

A good example is the struggle against the ‘Nord Stream’ gas pipeline. Beginning in Vyborg city, the line ultimately delivers 55 billion cubic metres of natural gas to Western Europe every year by passing under the Baltic Sea to Germany.

It has destroyed huge areas of forest as well as damaging the marine ecosystem, destroying habitats home to plants and animals listed in Russia’s ‘Red Book’ of rare and endangered species. The Russian government altered the boundaries of a refuge home to eagles, seals, and other protected wildlife, and drove the gasline straight through it.

Some parts of the ‘green’ movement in Russia chose to ignore the problem, telling others that there was no possibility to fight against this gas-giant which is in collusion with our corrupt legal system.

Other, more radical activists are assumed to be provocateurs put in place by the Russian Federal Security Service (FSB) to work against the movement.

Putin’s government labels many environmental organisations as “foreign agents”, under a law enabling them to silence dissent and protest.

Meanwhile, protest camps and demonstrations are met with violent repression. For example, journalists and activists opposing the state’s attempt to drive a motorway through Khimki Forest have been arrested and assaulted, and local newspaperman Mikhail Beketov was beaten to death with an iron bar after criticising the project.

More recently, the FSB tortured antifascist activist Ilya Kapustin. He recounted being electrocuted for nearly three hours by FSB officers as part of an interrogation into a terrorism investigation, following which he fled to Finland and claimed asylum.

Radicalism has faded away, especially since repression has grown so severe. People are scared to fight against the regime until the last drop of blood, and this can make it seem like they only half-believe in their path.

In this climate, some activists start to see their actions as nothing more than opportunities for self-promotion. They take photos and appear on internet pages, but don’t strive for a common path to pursue in life.

There is no large-scale unity, an elitist structure and inequality within the movement itself, and major security problems. Unfortunately, this movement has today lost all revolutionary power, and with it any interest to review its past mistakes.

My first motivating impulse was the development of my personal political and global outlook, which I shared with people around me in Russia who you could see as my comrades. However, this belief got lost in our daily routine. We are not something that Russian society wants to accept, because they cannot imagine that another world is possible and baulk at any discussion of what they perceive as ‘truth’.

The discovery of the Kurdish movement was the second major turning-point in my life. I resolved not give up in the way I am and to realise the potential of that struggle in action.

So I came here to Rojava, to take my part in the revolution, to learn and make conclusions from the inside, and to observe the movement’s approach to ideology, nature, and culture. Before, I didn’t know that the ideals I was dreaming about already existed in this region, but after a small introduction from some friends in Russia I was already hooked – I wanted to see in detail what was not written in any book.

The practice of criticism and self-criticism, which has previously been something important to me on a personal level, also takes organised shape here. All political movements everywhere have positive and negative sides, and I want to see the contradictions in them, and learn not to accept anything so easily.

During my time in Rojava I want to realise a few ecological projects like a small sized bio-gas station as a source for cooking at the Internationalist Commune, and a water filter to recycle water to grow plants and vegetables all around the camp.

If they work as they should, I will move toward similar projects on a larger scale, and maybe I can find people with the interest to build such systems for villages and cities, collecting all organic waste from bazaars, farms and so on. Step by step we will work hand by hand with society to take good care of the environment, and develop self-responsibility for its care.

My second aim is to develop relations with the city garbage administrations and recycling centres in Rojava – the region of Al-Jazeera and the city of Amude have such centres already. Together we will work on cheap and effective methods of separating trash, while developing cleaning actions, storage solutions, and ways to put that waste to practical use for new cooperatives.

Wherever we live, whatever system we build, ecology is absolutely fundamental. I hope that together we can realise these principles around the academy and beyond, and do our best to make the path to a better future more visible and open for everyone,

The Internationalist Commune of Rojava

“We, as internationalists from the Middle East, Asia, Africa, Europa, America and Oceania… In the beginning of 2017 started to organise the Internationalist Commune of Rojava as a self-organized collective, working in coordination with the youth movement of Rojava (YCR).

…We wanted to remake the internationalist face of this revolution and facilitate the participation of other internationalists. To achieve these goals we work based on three principles – ‘learn, support, organize’.

We have completed the construction of the Sehid Helen Qerecox Internationalist Academy, and recently held our first education for a group of new internationalists from across the globe. Here is a report about the education and our first year of work at the Commune.

In the beginning of this year, we started the campaign “Make Rojava Green Again” together with the responsible entities within the self-administration for the ecological work. Several initial ecological projects, mainly the creation of a tree nursery, are in progress and we will be publishing a book about these works in the coming months.

Members of the commune are working in different structures of the society, learning what this revolution means for the people and for the society. You can find out more about this work here.

If you’re interested in joining us at the Commune, you can find more information here.