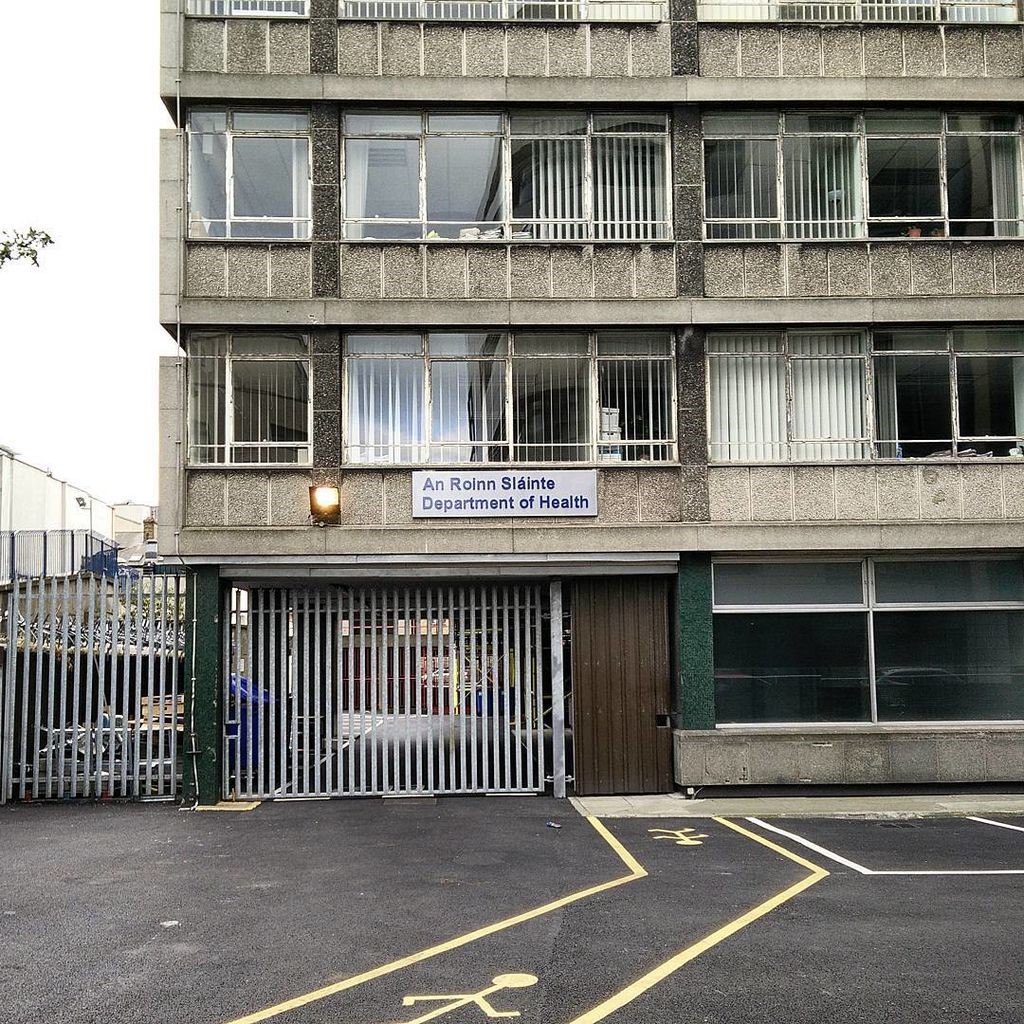 “Without  health  and  social  measures  that  compensate  for  poor   health,  individuals  are  not  able  to  fully  participate  in  political  and  social  life.  The  great  importance  of  health is related to its value to all other life spheres. Not only do individuals have a right to health and well-being, but they also have manifold individual rights that are constrained in the case of poor health. From this  perspective,  health  inequalities  represent  a  particularly  serious  social  injustice  in modern societies” (‘Health Inequalities in Europe’)

Despite all the political rhetoric here  (recently witnessed surrounding the tragic loss of Emma Mhic Mhathúna) as well as being recognised as one of the highest developed (as well as unequal) economies in the world, Ireland has just been identified as one of the most unequal countries in the EU regarding access to healthcare in relation to social class and the income it generates.

“Health Inequalities in Europe: Setting the Stage for Progressive Policy Action”  demonstrates how Ireland’s “two-tiered health system” reflects the differences experienced (as well as the expected outcomes) between high and low income earners in relation to the provision of healthcare.

As we have long suspected, and now most certainly following years of imposed austerity, the gap between rich and poor in Ireland stands pronounced when compared with several other western European countries; despite our sustained economic development.

We are now becoming increasingly aware of the implications of this unjust contradiction:

“This report points to the fact that the life expectancy of people with low income and education is about a decade shorter than that of people from higher social classes.”

Produced by TASC, (the Irish Think-tank for Action on Social Change), and FEPS, (the Foundation for European Progressive Studies): ‘Health Inequalities in Europe: Setting the Stage for Progressive Policy Action’ examines healthcare services and access in the 28 EU member states.

TASC’s work in general “focuses in particular on proposals to reduce Ireland’s high and persistent level of economic inequality and to develop the genuine participation of people in decisions that affect themselves and their society, as well as an overall commitment to promote social equality and non-discrimination including the nine grounds in the Equal Status Acts 2000-2011.”

Their research discovered: “Within European countries, there are stark social gradients in morbidity, mortality, and life expectancy: the  higher  the  social  position  (approximated  by  level  of  education,  occupation,  or  position  in  the  income distribution), the better the health. Such health inequalities are present in all countries, by  gender, and across different age groups…” (Executive Summary)

Ireland, in particular, is seen as operating a ‘two-tiered’ health system spanning the public and the private (where 45.4% of Irish people now purchase private health insurance).

It is also accepted that those with private health insurance are privileged by better access to diagnostics and hospital treatments, the others it was pointed out, may well not get the treatment they need leaving the outcome to your imagination, as the case of Susie Long from Kilkenny some years back demonstrated, lest we forget:

“In the summer of 2005 Susie went to her GP and was referred to her local hospital in Kilkenny for a colonoscopy. She waited patiently for this appointment for seven months as her symptoms continued to worsen. When a colonoscopy was finally performed in February 2006 Susie was diagnosed with advanced bowel cancer that was to be terminal. While undergoing chemotherapy in St Luke’s Hospital Kilkenny Susie got chatting to a man in the bed next to her. He was also being treated for bowel cancer. He’d been referred by his GP at the same time as Susie for a colonoscopy but unlike her he had private health insurance and so only waited 3 days for the test. His early diagnosis was key to his survival. It was this chance encounter that ignited Susie’s anger…” RTE, Scannal, Susie Long

“In other countries, private health insurance duplicates public coverage but provides differential treatment. Such insurance is so common in Ireland that the health system is commonly referred to as ‘two-tiered’: people with voluntary health insurance enjoy favourable conditions, e.g., obtaining faster access to diagnostics and hospital treatments, even from public providers, thereby giving rise to health inequalities.”

…As for the people who don’t earn enough to buy private insurance and so survive the pitfalls of the public health service many are at the same time prevented from accessing adequate public care due to the exceedingly low income limits by which affordable or ‘free’ access is determined.

Income limits that are set so low as to be designed to be prohibitive, even to many low-income earners. At the same time you would have to wonder why no one has suggested they be increased immediately as a way to begin addressing these inequalities?

The report also showed that the disparity here between high and low-income groups is 21.5%. Meaning the better-off in Ireland are 21.5% healthier than lower socio-economic groups.

These discrepancies all result in unacceptable health inequalities for a so-called modern liberal democracy.

Ireland remains unique in the EU as the only western European country not to have universal health coverage of primary care.

“The old saying health is wealth seems to ring particularly true for Ireland,” said Shana Cohen, the new Director of TASC. “What this report makes very clear is that people with private health insurance in Ireland have a much better chance of getting the health services they need, and getting them quickly.  So, where you are in the job market would seem to have a significant impact on your wellbeing and health outcomes.”

“We need to introduce universal health insurance as a matter of urgency, as a targeted and appropriate response to the health challenges being experienced by people in the “twilight zone” particularly  – those who are above the threshold for the medical card but who do not have private health insurance.”

Ireland is also unusual in a Western European context in the proportion of health funding that derives from out-of-pocket payments.

Out-of-pocket payments often stop people seeking preventative and necessary healthcare which can often result in more serious conditions and more expense at a later point. “Speaking on RTÉ’s Morning Ireland, one of the reports co-authors said Ireland is unique in the EU in that it does not provide universal healthcare coverage for primary care. Timon Forster said that coupled with a “two-tier system”, this contributes partly to health inequalities.” (RTE)

“Ireland has endorsed a new global declaration promising to strengthen the primary healthcare system as an essential step toward achieving universal health coverage.

“The Declaration of Astana was signed by the World Health Organization (WHO) member states on…Wednesday, October 24, at the Department of Health headquarters at Miesian Plaza.

The WHO said the Declaration of Astana comes amid a growing global movement for greater investment in primary healthcare to achieve universal health coverage.”

How much effort does it take to sign an agreement? Or how much intelligence or resources does it take in comparison to solving the enormous problems crippling our public health service at the moment?

However, the Irish Medical Times added: “Due to competing work commitments, officials from the Department of Health here were unable to attend the global conference.”

Previously, in August 2018, Ireland’s Sláintecare report, produced by a cross-party committee of TDs last year was adopted by the Dáil without a vote. The Plan involves a 10-year plan for the reform of the Irish health service, transforming it from a mix of public and private care into “an affordable, universal, single-tier healthcare system, in which patients are treated promptly on the basis of need, rather than ability to pay”.

“The Committee’s agreed vision is for a universal single-tier health and social care system where everyone has equitable access to services based on need and not ability to pay. Over time, everyone will have entitlement to a comprehensive range of primary, acute and social care services at no cost or reduced cost. The vast majority of care will be provided in the primary and community settings.”

You can tell this to the elderly, vulnerable and sick people currently stuck on trolleys in the busy corridors of the nation’s Accident & Emergency wards?

“The end is in sight for our two tier system, for the contradiction of private beds in public hospitals, for the privately insured being able to jump the waiting list over their less privileged brethren… Good luck with that, as they say.” John Healy – from the Mayo News wrote.

Meanwhile TASC continue to call for the introduction of universal healthcare coverage (“the health system was less universal in 2015 than in 2011”, page 120 tells us) to level the playing field in terms of access to health services. If inequality is not considered bad for business it can certainly damage your health:

“…income inequality is one of the most pressing issues of our time. Indeed, countries with higher income  inequality  levels  tend  to  have  lower  life  expectancy,  higher  infant  mortality  rates,  as  well as higher prevalence of mental illness and obesity. Put differently, more equitable societies  tend to be healthier societies…”

…as if we didn’t already know?

By Johan Jönsson (Julle) – Own work

Public and private actors and institutions at all policy levels, companies, and the community have the responsibility to take proper account of the evidence provided in this report and to help create healthy societies

The World Top Incomes Database provides data on income inequality in Ireland.  Trends over recent decades show increasing inequality, with the top 10% now taking over a third of all income (35%), and the top 1% taking 10%…